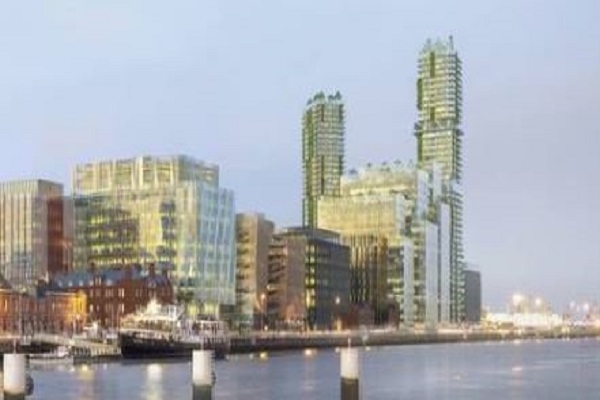 A 155 metre, 44 story tower could be on the way for Dublin’s Docklands. Property developer Johnny Ronan has begun the process of applying for permission for the North Wall Quay project.

According to the Sunday Independent, it’s the second major build proposed by the developer, following his successful appeal to an Bord Pleanála last month for a high rise at Tara Street.

The plan had been twice refused by Dublin City Council — but the planning appeals board gave it the green light, citing new guidelines issued last December by housing minister Eoghan Murphy.

The Independent reports that the main tower on the quayside is 155m at its highest point and to put it into perspective, compare that to Dublin’s Liberty Hall, which is only 51m.

Battle for the Dublin skyline: Are you ready for the ‘world class’ hanging gardens?
https://t.co/sK9BTsTXhH pic.twitter.com/wU1X8QQFGX