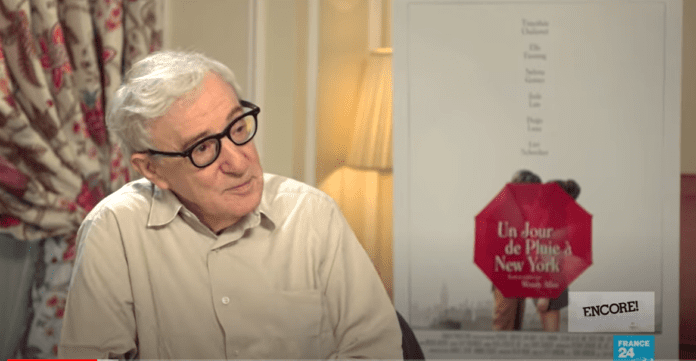 Woody Allen has branded the new HBO documentary regarding allegations that he molested his adoptive daughter when she was a child as a “shoddy little piece”.

This documentary Allen v Farrow premiered this week. It includes interviews from Allen’s ex wife, Mia Farrow along with her daughter Dylan.

Dylan claims that Allen sexually abused her in 1992 when she was seven. Allen has always denied these claims.

“No interest in the truth”

Woody Allen along with his wife Soon-Yi Previn issued a statement,

“These documentarians had no interest in the truth. Instead, they spent years surreptitiously collaborating with the Farrows and their enablers to put together a hatchet job riddled with falsehoods”.

“Woody and Soon-Yi were approached less than two months ago and given only a matter of days ‘to respond’. Of course, they declined to do so”.

Allen said it was “unsuprising” that HBO had made the series, considering it has a production deal with Ronan Farrow, his son and Dylan’s brother. They have spoken in support of Dylan.

The Allens’ statement read like this, “As has been known for decades, these allegations are categorically false. Multiple agencies investigated them at the time. They found that, whatever Dylan Farrow may have been led to believe, absolutely no abuse had ever taken place”.

They added, “It is sadly unsurprising that the network to air this is HBO. It has a standing production deal and business relationship with Ronan Farrow. While this shoddy hit piece may gain attention, it does not change the facts”.

Later episodes of the documentary will investigate the allegations of sexual abuse against Allen.

Oscar winning director Woody Allen is known for films such as Annie Hall, Manhattan as well as Crimes and Misdemeanours. However, his reputation has been tarnished since the allegations were made against him by his adoptive daughter.

Kate Winslet recently said that she was ashamed to have worked for Allen since the allegations were made public.

Winslet who starred in Allen’s 2017 film Wonder Wheel said this, “I shouldn’t have worked with Woody, or Roman (Polanski).

“It’s unbelievable to me now that those men have been held in such high regard in this industry and for such a long time”.

Spinal Tap to Reunite in a Special Virtual Event