Home News Abortion Referendum Likely To Be Held In May 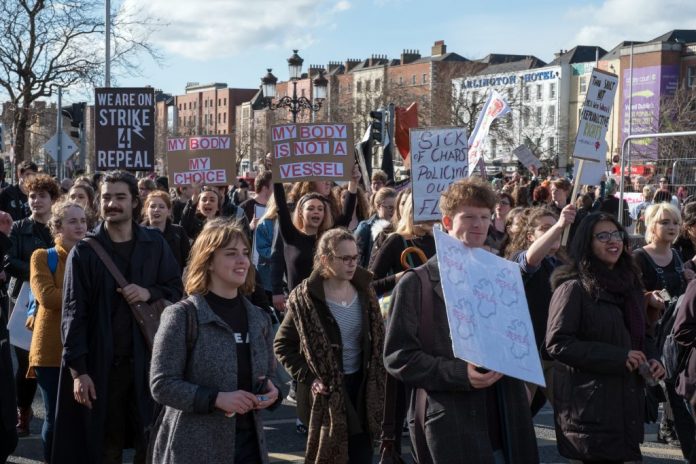 The government has confirmed plans to hold an abortion referendum this year. At a late night press conference Taoiseach Leo Varadkar said he’ll campaign for a repeal of the 8th amendment.

“This evening the cabinet gave formal approval to the holding of a referendum on abortion which will be held at the end of May.”

As the government have called a referendum on abortion, Health Minister Simon Harris was clear on his views:

“For anyone who wants any change to our present regime – it’ is necessary to repeal the eighth.”

While Leo Varadkar also said he’ll campaign for repeal and to install abortion without restriction for 12 weeks into a pregnancy:

“For my part – I will advocate a yes vote – my own views have evolved over time – life experience does that. But it was as Minister for Health I became convinced that abortion had no place in our constitution.”

There were some dissenting voices though as Tánaiste Simon Coveney told the cabinet he supports repeal but can’t support the 12 weeks provision.

Children’s Minister Katherine Zappone said she hopes both sides will be respectful:

“The way has been cleared for the people to have their say on the eighth amendment – and as we continue our preparations for the referendum – it is my hope that we will have a respectful, debate based on the facts.”

The referendum will happen in May, subject to the Oireachtas approving it in March.

Gardaí Appeal For Witnesses To Fatal Collision In Meath