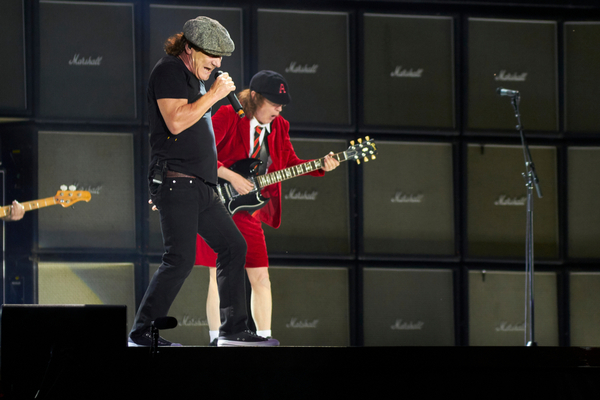 AC/DC have launched their own official line in kidswear “for all you little rockers”. Check it out for yourselves here.

This comes after the band had also recently confirmed the release of a pair of craft beers for later this month. This is a collaboration between the band, Cailcraft Brewing Co and KnuckleBonz inc.

The brewries said in a joint statement that they were both “excited to announce this is the first in a series of AC/DC branded beers to be featured in this unique collaboration to bring quality beverages to the music superfan”.

The drinks are also called AC/DC PWR UP Juicy IPA and AC/DC TNT Double IPA. They are named after the band’s recently released album from 2020 “Power Up”, as well as their 1975 classic “TNT”.

“Power Up” was released last November. The album went on to reach number one in 18 countries, selling 117,000 in the first week.

“Power Up” became AC/DC’s 6th number one in Australia. AC/DC are also the only Austrailian group ever to have accrued number one albums across five decades.

“Power Up” finished 2020 as the quickest selling album.

AC/DC had originally planned to release “Power Up” earlier in 2020. However, those plans were cut short due to the pandemic.

“We were hoping to get the album out before all this happened”, Angus Young said. “They were getting ideas together for packaging and video promo things. And then that virus thing came along. It kind of put everyone on hold”.

This album also saw the band reunite with producer Brendan O’Brien. O’Brien worked with the band for 2008’s “Break Ice” and 2014’s “Rock Or Bust”.

“What I like about Brendan is that he keeps you working when you’re doing a project with him”, Angus once told Rollingstone.

“He’s talented himself. He knows his bass and his guitar and a bit of drums. And piano. He covers the spectrum for what we can do musically. It’s very good because you’re working with a musician, since he can apply that musical knowledge”.

Back in January, the band also released a music video for their track “Realize”. Check it out here.