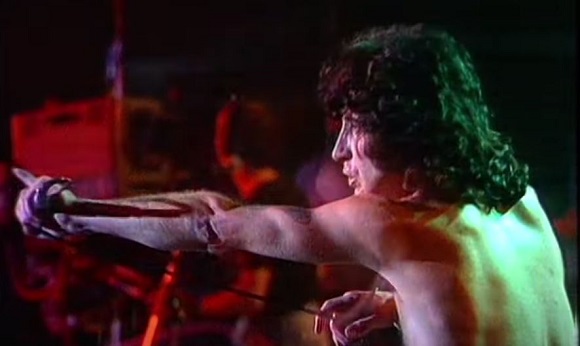 AC/DC continue the 40th-anniversary celebrations of their “Highway To Hell” record!

The rockers have shared a live performance video of their 1975 track, “The Jack”. The song was videoed for the Dutch TV series “Countdown.”

According to Antimusic, footage of the tune from the band’s second album, “T.NT.” was first released as part of the band’s 2007 DVD box set “Plug Me In”.

This clip is an online premiere forty years after it was captured live at the Rijnhal arena in Arnhem, Holland way back in 1979. AC/DC said on social media:

“Unleashed from the vault!! The Jack’ live from Holland on the Highway To Hell Tour!”