Former AC/DC singer Dave Evans has given his reasons for exiting the iconic rock band. That was during a recent interview with former Anthrax singer Neil Turbin.

Evans sang briefly for AC/DC in 1973–1974, appearing on their debut single before leaving and being replaced with Bon Scott. 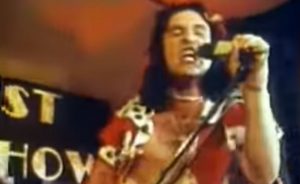 Evans was speaking with Turbin for The Metal Voice when he was quizzed about leaving the group, he replied:

“The reason why I left the band was because we had a hit record and we were doing so many shows, sometimes we were doing three shows a day and I was not getting paid.”

Evans continues saying that the growing coverage the band was getting only added to his frustrations:

The singer revealed that the departure was far from conciliatory:

“We had a meeting one night with the manager and he smart-mouthed me, so I punched him. I had enough so I was going to leave the band after the tour unless I got a certain amount of money, which I didn’t, so I left. Strictly economics.”

The Cult Set To Open For Guns N’Roses