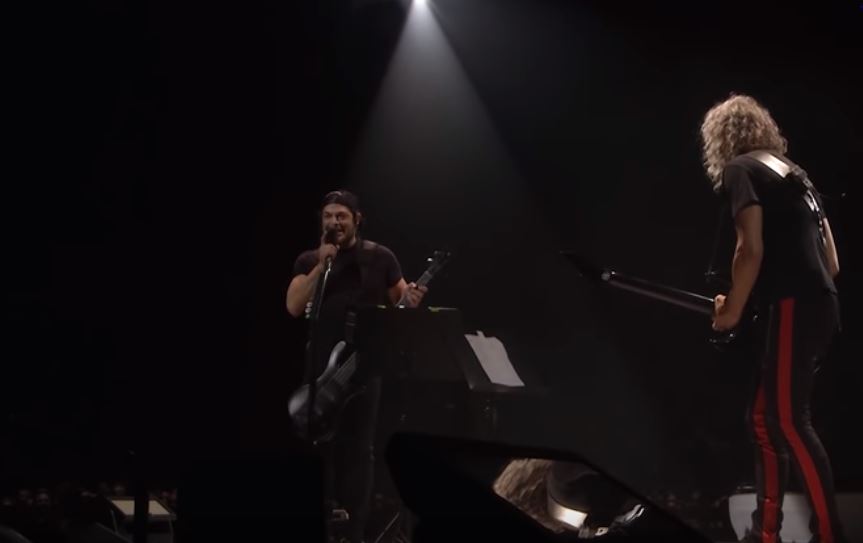 Chris Slade, drummer with AC/DC has addressed rumors that the band are going to record a new record with GNR frontman Axl Rose in a new interview. Speaking to Duke TV, Slade said: “My lips are sealed and if I knew, I couldn’t say a word anyway. What I usually say is ‘If I tell you, I have to kill you.’ Which, perhaps, is not in good taste. I couldn’t even start to answer that, I’m afraid.”

Rose stepped in to assist the band conclude the final 2016 dates of their worldwide tour in support of their 2014 album Rock Or Bust. That’s when the tour was halted after singer Brian Johnson was advised by doctors to stop playing arenas and stadium-sized venues with immediate effect or risk total hearing loss.

The latest in a series of reports emanating out of Australia cites Rose Tattoo vocalist Angry Anderson as saying that Angus Young had told him of his plans to work with Axl Rose, That’s when the pair chatted during a series of Guns N’ Roses gigs in the country early last year.

Video: Chrissie Hynde Documentary To Get A Bonus DVD Release