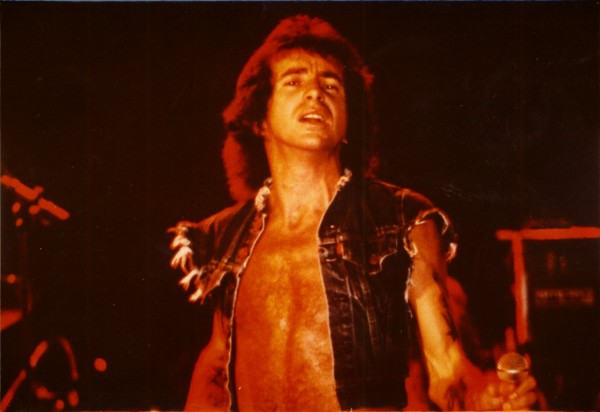 Bon Scott the late frontman with AC/DC wrote a letter about the stresses of life touring in a rock band back in 1978. The letter he wrote to his sister has been put up for auction.

The letter is being sold by auctioneers Nate D. Sanders, with bids accepted until 5 pm on January 31. Bon Scott wrote the letter at the age of 33, just two years previous to his passing and it is currently for sale with a current bid of over 6,000 euro.

According to UCR, the correspondence is to his sister Valerie. In the letter, the singer talked of the issues he was facing. He wrote about, living in debt to the group and drinking way too much and expressed a desire to check himself into a sanitarium. The former lead singer also mentioned the mental health of drummer Phil Rudd. Scott wrote to Valerie,

“Phil had a bit of a nervous breakdown and had to spend a lot of time with a shrink. It was really bad but luckily he got over it quickly enough not to upset the band. We had to treat him with kid gloves for a bit but he’s OK now.”

Scott also apologised to his sister for being out of contact. The lead singer put this down to,

“always traveling or drunk or hungover or … or … today I’m shaking so much I can hardly write, but I have been meaning to write you for weeks, so today I’m doing it. I had to stop making phone calls when I got too much in the red with the money situation. I’m already about $130 into this week’s wages, but about two weeks ago I owed the band about $70 on pay day, and that’s crazy. But being crazy is about the only way to keep my sanity, if you know what I mean.”

Scott referred to the band’s hectic touring schedule. The singer said it was “one hell of a blur” and said he was starting to “feel and look just a little haggard…

“I’d love to check myself into a sanitarium for a month, but after this tour it’s straight to Europe & England for a month and then back here for the winter [and] end of the year. So the next time you see me, it might be in a geriatric ward.”

Changing the tone, Scott admitted he was “making it sound that life’s hard at the moment, but I’m not complaining cause there’s always good times, and we’re selling lots of records and making people happy, so it can’t be all that bad.” He said he was looking forward to spending “a month on the beach” at his mother’s home “before tearing into it all again.”

For further details on the letter visit the auctioneers here.