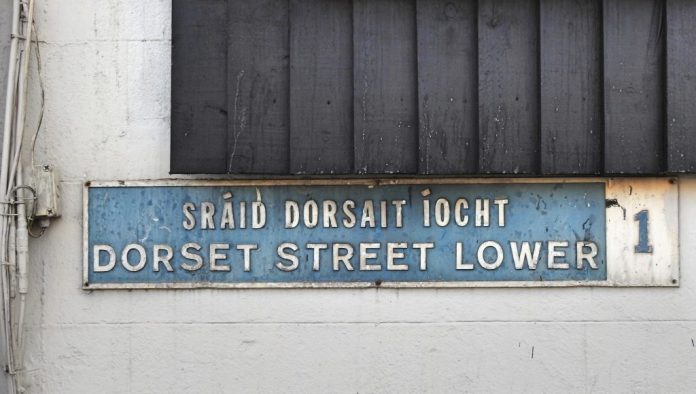 An adult shop on Dublin’s Dorset Street has been ordered to remove images of women dressed in skimpy outfits from its window display.

It comes after complaints that the pictures objectify women.

Private Moments on Dorset Street sparked controversy by displaying two large posters in its windows of women dressed in costumes.

The Herald reports that Dublin City Council has issued the adult store with an enforcement notice ordering it to remove the posters.

He noted that the shop is beside a residential area and a primary school.

WATCH: The Killers Perform From The Rooftop Of Caesars Palace