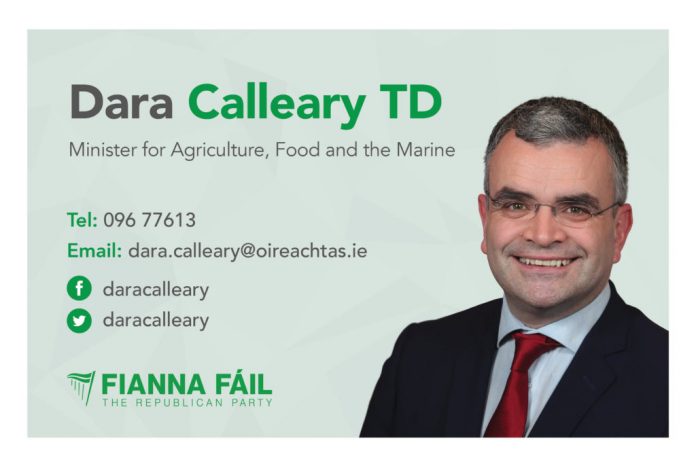 Minister for Agriculture, Food and the Marine Dara Calleary has resigned after attending an 80-people golf event this week.

He apologised last night for going to the event that broke Covid 19 guidelines.

Last night I attended a function I committed to a number of weeks ago, to pay tribute to a person I respected and admired greatly. In light of the updated public health guidance this week I should not have attended the event. I wish to apologise unreservedly to everyone 1/2

Taoiseach Micheál Martin has accepted Mr Calleary’s resignation and a statement will be issued shortly.

Taoiseach will be the agriculture minister until the Dáil returns in three weeks.

The government’s guidelines state only six people can attend indoor gatherings – with some exceptions for up to 50 people.

Mr Calleary and EU commissioner Phil Hogan were among the guests at an Oireachtas Golf Society event in a hotel in Clifden, Co Galway Wednesday night.