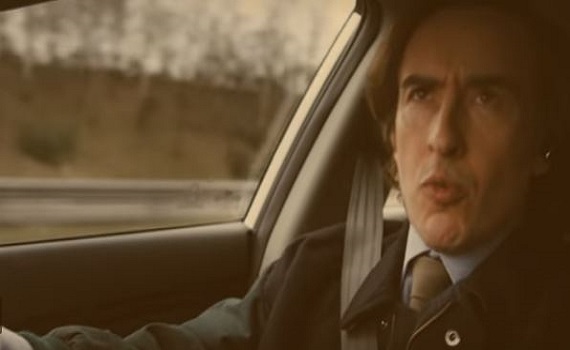 Steve Coogan has managed to avoid a considerable driving ban. The comedy star escaped a harsher judgement thanks to his alter-ego Alan Partridge.

The NME reports that Coogan was nabbed motoring his Porsche at 36 miles an hour in a 30-mile zone close to his home in East Sussex. The actor was successful in his argument that his new TV series could not be filmed using public transport.

Coogan received three penalty points added on to his licence for the offence
However, because the actor had nine points clocked up from previous offences, he was looking at an automatic six-month ban.

Magistrates in Crawley accepted Coogan’s argument and decided to ban him from driving for two months as opposed to six.

That’s after magistrates were asked to consider that a longer period would mean his forthcoming Alan Partridge travelogue show would have to be cancelled.

In the brand new series, Partridge drives to a number of various UK locations and it is scheduled to begin shooting this coming October. Coogan made the argument in court:

“I’m producing a travelogue follow-on TV series where I’m basically driving around Britain. The whole nature of the series is that it is a travelogue and it’s an artistic thing that he drives and that defines his character.”

“You couldn’t put him on a train because that not who he is. It’s part of his character that he drives.” Coogan also told the court that the driving shots couldn’t be faked in any way:

“You have cameras mounted on the bonnet then you have other shots where you have a camera mounted on a separate car filming the person in the car driving.”

Coogan informed the court that if the show were cancelled it cause at least 15-20 professionals to become unemployed. The crew and cast would lose their jobs at short notice. That reality was taken into account by, the chair of the magistrate’s bench, Ann Schroder.

Coogan told the court that he was taking steps to improve his driving:

“I’m trying to slow down and I try to observe the average speed limits that have come in. I tend to drive the one, the car, with the automatic cruise control that will keep me within the speed.”

As well as three penalty points and a two-month driving ban, Coogan was fined £750 with £85 court costs and a £75 victim surcharge.