Home Entertainment Steve Coogan Back As Alan Partridge For Season 2 Of BBC’s This... 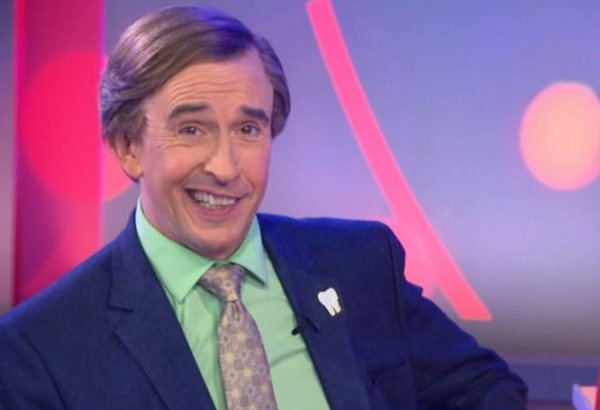 AHA! Alan Partridge is coming back to our screens as Steve Coogan gears up for the second season of BBC’s, This Time. Former Radio Norwich host, Alan is back to team up with his on-screen co-presenter Jennie, played by Susannah Fielding, for more current-affairs comedy.

British funny man, Steve Coogan stars as the inept broadcaster, Alan Partridge, in a spoof of current affairs programmes such as The One Show and Good Morning Britain. The popular character returned to TV screens last year after he finally landed a presenting role on a current affair show with the BBC.

Steve Coogan writes the show with collaborators Neil and Rob Gibbons. Earlier in the year, he revealed how the second season of This Time would take a different format to the first one.

“We’re trying to set ourselves a task of having the stuff on-screen [with the chat show] and then have a kind of parallel unseen story that we get glimpses of. This parallel narrative of what’s going on in [Alan’s] private life and Jennie, his co-presenter’s, private life.”

“And then, sort of, have those two things go parallel. We haven’t quite realised where it goes but we want it to end up in a strange and unexpected place. That’s all I can say.”

A logline for the new series reveals that it will follow Alan “on and off air, as he tries to cling on to his position, in the face of behind-the-scenes upheaval and Alan’s fears that his relevance is dwindling.”

Tim Key is back as Simon Denton and Felicity Montagu reprises her role as Partridge’s long-suffering assistant, Lynn Benfield.