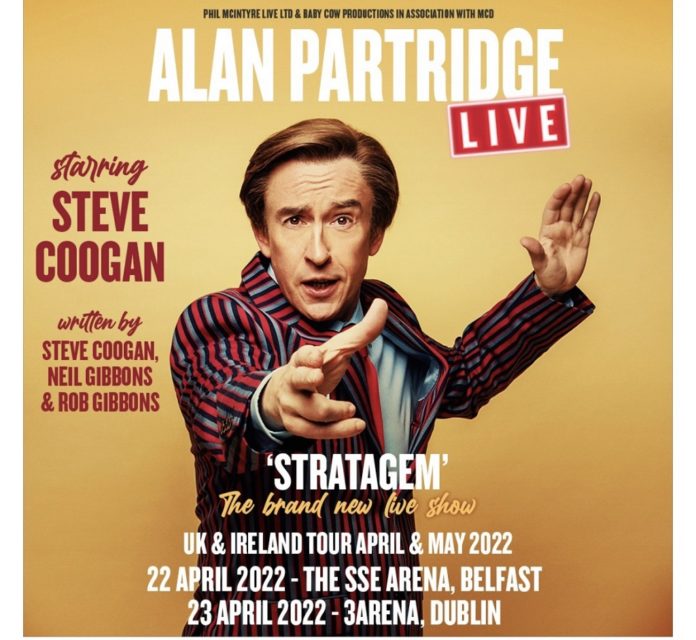 STRATAGEM WITH ALAN PARTRIDGE, a live stage show starring the award-winning multi-hyphenate Steve Coogan will launch next Spring 2022 across the UK and Ireland, opening in SSE Arena Belfast on Friday 22nd April followed by 3Arena Dublin on Saturday 23rd April.

Love him or loathe him, we all love Alan Partridge.

Over a multi-decade broadcasting career, this wonderful and surprisingly well-read man has brought delight to millions. And now, in a time of discord and disease, Alan is touring with a message of hope.

Welcome to STRATAGEM WITH ALAN PARTRIDGE, a live stage show that promises to inform, educate and entertain in approximately equal measure.

Devised, written, choreographed, performed, and funded by Alan Partridge, Stratagem sees Alan not just treading the boards but pounding them, atop stages graced by such luminaries as Michael Ball, Jack Whitehall and Welsh rockers the Stereophonics.

Tickets from €46 including booking and facility fees go on sale to the general public from this Saturday, 29th May at 9am.