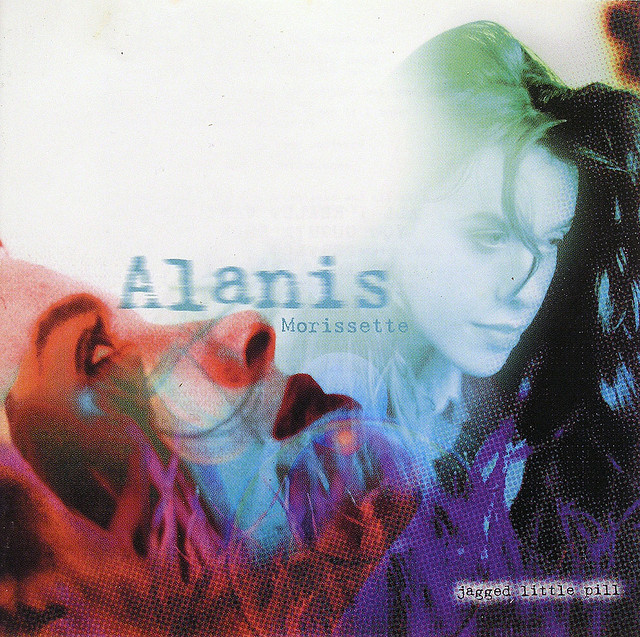 Jagged Little Pill is the third studio album by Alanis Morisette and it was released on June 13th 1995. It was her first international success with her previous two albums only getting exposure in her home country of Canada.

It’s remarkable that Alanis Morissette’s Jagged Little Pill struck a sympathetic chord with millions of listeners, because it’s so doggedly, determinedly insular. This, after all, plays like an emotional purging, prompted by a bitter relationship — and, according to all the lyrical hints, that’s likely a record executive who took advantage of a young Alanis.

She never disguises her outright rage and disgust, whether it’s the vengeful wrath of ‘You Oughta Know’ or asking him “you scan the credits for your name and wonder why it’s not there.” This is such insider information that it’s hard to believe that millions of listeners not just bought it, but embraced it, turning Morissette into a mid-’90s phenomenon.

Perhaps it was the individuality that made it appealing, since its specificity lent it genuineness — and, even if this is clearly an attempt to embrace the “women in rock” movement in alterna-rock,Morrissette’s intentions are genuine. Often, it seems like Glen Ballard’s pop inclinations fight against Alanis’ exorcisms, as her bitter diary entries are given a pop gloss that gives them entry to the pop charts.

What’s all the more remarkable is that Alanis isn’t a particularly good singer, stretching the limits of pitch and credibility with her octave-skipping caterwauling. At its core, this is the work of an ambitious but sophomoric 19-year-old, once burned by love, but still willing to open her heart a second time.

All of this adds up to a record that’s surprisingly effective, an utterly fascinating exploration of a young woman’s psyche. As slick as the music is, the lyrics are unvarnished and Morissette unflinchingly explores emotions so common, most people would be ashamed to articulate them. This doesn’t make Jagged Little Pill great, but it does make it a fascinating record, a phenomenon that’s intensely personal.

1. All I Really Want

4. Hand In My Pocket