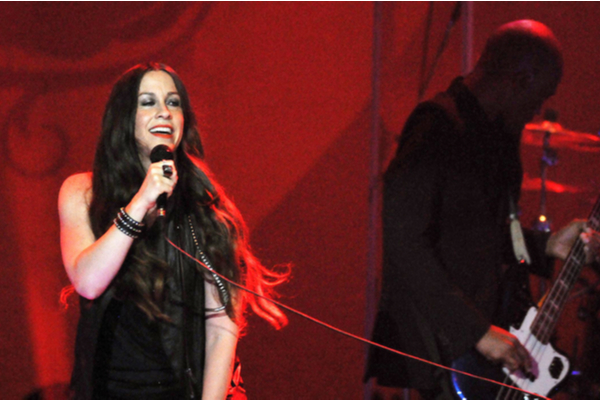 In a new documentary Jagged, Alanis Morissette has claimed that she was raped when she was 15 years old.

Jagged is airing at the Toronto Film Festival today (September 13). It was also reported that the musician will not attend the event.

Directed by Alison Klayman, Jagged will be broadcasted by HBO following its premiere at the Toronto Film Festival. It will reflect on Morissette’s life and career.

Speaking of the film, Morissette told the Washington Post, “It took me years in therapy to even admit there had been any kind of victimisation on my part”.

“I would always say I was consenting, and then I’d be reminded like ‘Hey, you were 15, you’re not consenting at 15’, she continued. “Now I’m like, ‘Oh yeah, they’re all paedophiles. It’s all statutory rape”.

While she did not reveal the identity of her abusers, Morissette had said that she had previously told “a few people”. But, she said that her claims “kind of fell on deaf ears”.

She also added, “It would usually be a stand-up, walk-out-of-the-room moment”.

Back in May, Alanis Morissette had released a track “Rest”, supporting this year’s World Mental Health Action Day.

“Today is #MentalHealthAction Day. I’m sharing a song entitled ‘Rest’ written specifically about those of us who struggle with depression and anxiety, isolation, suicidal ideation and the profound despair that mental illness can plunge us into”, Morissette said of the song via Twitter.

Charlie Watts Has Some Controversial Things To Say About Bowie &...