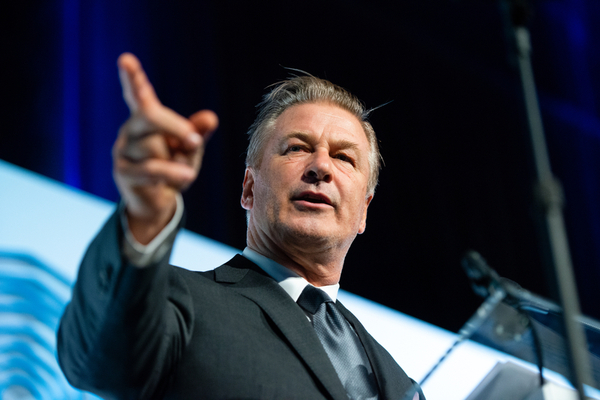 Following his first interview since the death of Halyna Hutchins during the filming of Rust, Alec Baldwin has been acussed of “acting”.

During this interview, Baldwin had said that he did not know Halyna Hutchins was dead for 45 minutes. The actor said that “things are often played very fast and loose” while filming gunfights.

Speaking to ABC’s George Stephanoupolis, Baldwin said, “I didn’t know she was hit by a gun until 45 mins to hour later”.

He also added, “It did not dawn on me to probably 45 minutes to an hour later …Well she’s laying there”.

Baldwin claimed that he thought Hutchins had “passed out” after she was shot dead.

“I was told that this was a completely incidental shot. An angle that may not have ended up in the film at all. But we kept doing this”, he claimed.

“So I take the gun and like start to cock the gun and I’m not gonna pull the trigger. I just reduce the issue. We’ll just keep it down until the gun a little bit like that and I cocked the gun”, added Baldwin. “I would never point a gun at anyone and pull the trigger at them, never”.

He also revealed that he met Halyna’s husband and nine year old son.

“I think to myself, ‘this little boy doesn’t have a mother anymore”, a clearly emotional Baldwin explained. “And there’s nothing we can do to bring her back”.

“The guy is overwhelmed with grief”, Baldwin said of Mr Hutchins. “There are incidental accidents on film sets from time to time, but nothing like this. This is a one in a trillion episode”.

Since this interview, many viewers have now acussed Alec Baldwin of lacking sincerity and “acting”. One viewer even acussed him of “crocodile tears”.

“That’s what acting and ‘crocodile tears’ look like”, one viewer claimed. While another also alleged that Baldwin was “trying to perform a 2nd miracle”.

Another added, “I feel like he is acting right now. Something doesnt [sic] set right in my spirit with this”.

Another viewer accused the actor of “desperate lying”.

Despite this wave upon wave of criticism, some people did jump to Baldwin’s defense, with one writing, “He’s breaking my heart. He looks consumed with guilt, sadness, and exhaustion”.

“I believe he is feeling sincerely badly over the shooting incident”, another social media user stated.

On top all this, it also emerged that Donald Trump’s son whose father is a long term nemesis of Baldwin, is selling t shirts about the shooting on the “Rust” set.