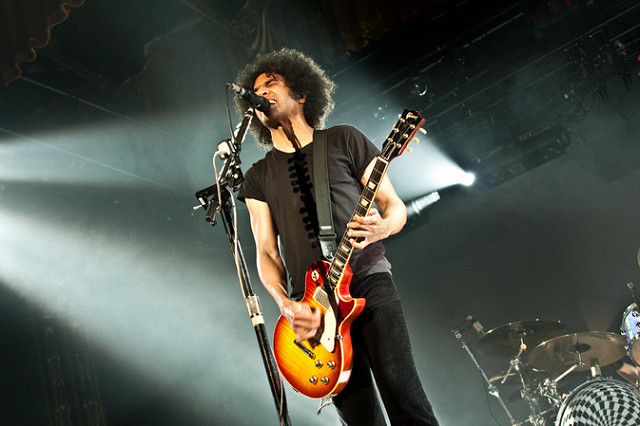 William DuVall, frontman for Alice in Chains has said that having Axl Rose in AC/DC  “just works”.

DuVall has praised the Guns N’ Roses frontman for his performances with AC/DC and for “shutting people up”. Axl Rose was recently announced as the guest stand-in for Brian Johnson, for the band’s current tour, with the announcement causing anger within the AC/DC fan base.

However, DuVall, whose band Alice in Chains opened for Guns N’ Roses on their current reunion tour, has said “Before anybody had even heard anything, the court of public opinion was very loud and resounding in their judgments… pre-judgments,” he said, “And then [Axl] actually did his first shows [with AC/DC] and people started seeing things on YouTube or whatever, on videos, and most of them had to eat their words. And I was happy to see that a lot of the people were willing to say so in public, like, ‘I was wrong.’ You know what I mean? And [Axl] and I were joking about it. I was, like, ‘Yeah, man, it was really cool to see you shut all these people up. It was really nice.’ And I know a tiny bit about that.”

Although DuVall could see where people were coming from, he added “But when you get something that just works, it works. And you look at somebody like Axl, it works; I mean, it just does, to me. I get it — it’s not Brian Johnson, and neither one of them are Bon Scott, but in terms of vocal range and stuff and in terms of attitude, there are not many more people who can conjure the pissed-off quality that Axl Rose can, man.”