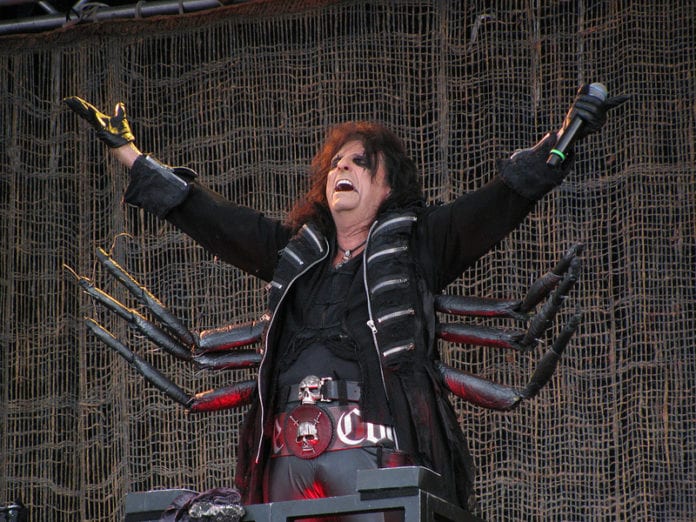 Politics has no place in rock n’ roll – Alice Cooper has hit out at artists who try to influence their fans’ political views.

Rock legend Alice Cooper claims that “the antithesis of rock n’ roll is politics”. In his recent interview with NME, Cooper highlights the improper use of fame to encourage fans to vote in favour of who stars support. Cooper told NME, “I don’t think it’s fair for a rock star to tell his fans to vote for who he’s voting for” and claimed, “what it’s saying is the audience are sheep and they don’t have a brain of their own.”

Comparing the use of politics in rock n’ roll, Cooper claimed, “that would be like me singing the Dow Jones report. When my parents would talk about politics I’d go into my room and put The Yardbirds on as loud as I could, because I couldn’t care less about it.”

He continued: “The only thing I got political in was doing ‘Elected’ and that was a total satire on Alice Cooper running against Richard Nixon. Every four years when the election comes up we re-release it, because Alice running against Trump and Hilary and all that was hysterical. Even though, a lot of people said ‘you would have been better than both of them!’ But who wants that job? It doesn’t pay very well and I wouldn’t take the pay cut.”

He added: “I could never stand that world. Who wants to run the world? I don’t want to. I just want to entertain the world.”

The rock legend returns next week with his 27th album ‘Paranormal’, but told us that he had no desire to use it for commentary on the current political climate.

The interview can be watched in full here!

Just be sure to leave your political views at the door!