Home Music News All You Need To Know About The 1975 At The 3Arena! 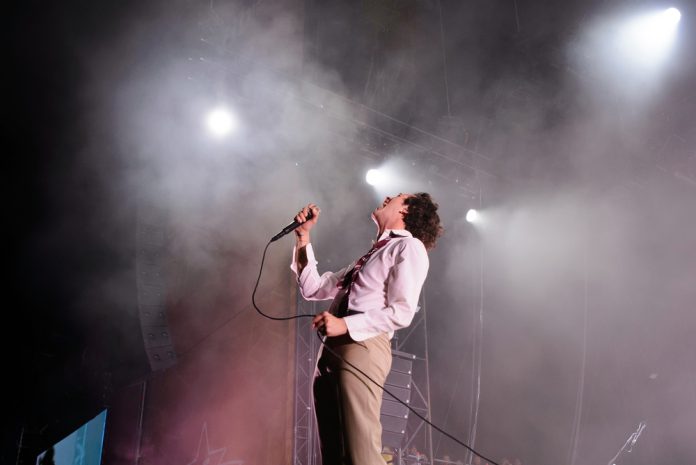 After their stellar main stage performance at The Electric Picnic, The 1975 have announced a Dublin show! The UK rockers will lift the roof of the 3Arena on Tuesday 3rd March 2020.

The gig is part of a massive 12 date UK & Ireland tour, which will tie in with their imminent album “Notes On A Conditional Form”, which is due to be dropped in February 2020.  It will be their fourth album release.

After this leg of the tour, they will travel to Europe for a further 17 dates, including stops in Portugal, Germany, France and Sweden.

Matt Healy’s mum and dad are the actors Denise Welch and Tim Healy. He met the rest of his bandmates back in 2002 when a local council worker organised some gigs.

Matt was originally the band’s drummer but ended up becoming the lead singer when the position became free.

This year saw the band take home two Brit Awards; one for ‘Album of the Year’ and the other for ‘Best British Group’.

Support is from Pale Waves and No Rome with Doors @ 6.30pm. Tickets start at €42.20 and are available from Ticketmaster outlets & online.