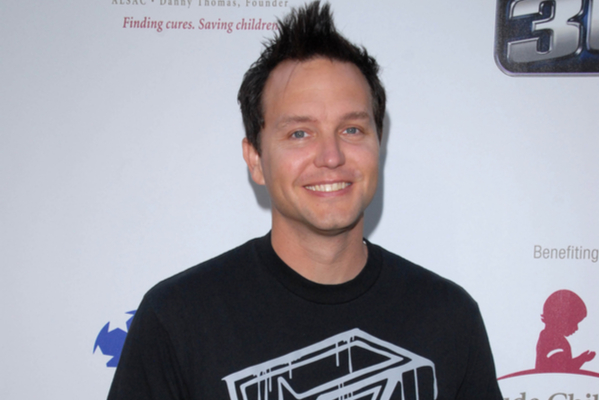 Blink-182’s Mark Hoppus has announced that he is “cancer free”. The bassist and vocalist first confirmed his cancer diagnosis back in June.

Hoppus the confirmed that the cancer was at stage 4 back in July. “It’s entered enough parts of my body that I’m stage 4, which is, I think, the highest that it goes”, he said.

“Apologies if I’m oversharing but it’s so surreal to think that this week I’ll take a test that may very well determine if I live or die”, he said.  “Thanks to everyone for the positive thoughts and encouragement. I read all your replies and it means the world to me. Thank you”.

Hoppus who had been suffering from the same form of cancer that his mother had recovered from, previously said that he was “determined to kick cancer’s ass directly in the nuts”.

Taking to social media last night (September 29) (see below), Hoppus revealed that he had received the wonderful news that he is “cancer free”, adding that it was an “amazing day and I feel so blessed”.

“Just saw my oncologist and I’m cancer free!!”, Hoppus wrote online. “Thank you God and universe and friends and family and everyone who sent support and kindness and love”.

He also added, “I still have to get scanned every six months and it’ll take me until the end of the year to get back to normal but today is an amazing day and I feel so blessed. Can I get a W in the chat?”.

Last week, Hoppus had previously shared via Instagram that his hair was “growing back white” following treatment.

“It’s so strange to have hair growing back more on my head while my leg hair continues to fall out further and further down, now at the bottom of my shins,” he wrote.

“I’ve been in chemotherapy for five months and TODAY the hair on my shins decides it’s time to peace out? Cancer is weird”.

Kidsyard At The Beatyard Shall Be Pretty Neat