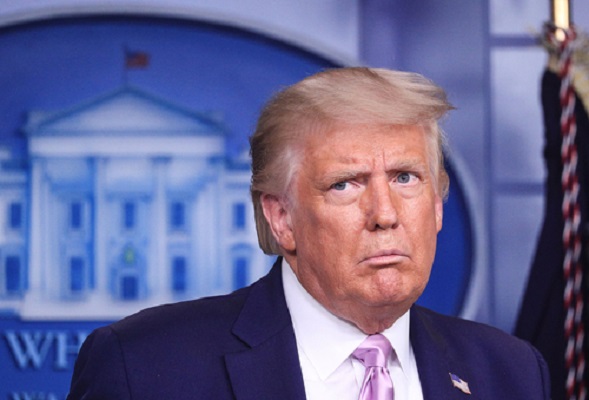 The day has finally arrived as US citizens go to the polls. Nearly 100 million people across America have already voted, however. In an effort to stem the tide of Covid-19 by not having everyone voting on the same day, many states organised early in-person and mail-in voting for the electorate. Counting of these early votes has already begun in some states, with Florida expected to have results at some point tonight. Other states, including the crucial swing state of Pennsylvania, have elected to leave counting until today. In fact, Pennsylvania and some other states, will continue to accept ballots for the next three days. So, the outcome will not be clear until Friday at the earliest in those states.

President Donald Trump has hit out at those states that have elected to give their vote-counting some time. With no evidence whatsoever, Mr Trump claimed that late postal voting in Pennsylvania could lead to rampant voter fraud. Facebook and Twitter labelled the President’s comments on social media as “misleading”.

Trump has been stepping up his rhetoric about voter fraud in the past few weeks. Earlier in the campaign, he claimed that were he to lose the election to rival Joe Biden, he would refuse to accept such a result. In recent days, Mr Trump has signalled that he expects trouble and perhaps violence after the polls have closed. The President appeared to threaten the nation with “violence in the streets” in the aftermath of the election.

Business owners across the United States seem to agree that, unlike in any previous election, violence on the streets is not only a possiblity but is likely. New York City’s retailers have been boarding up their shopfronts in anticipation.

A spokesperson for iconic jewellery store Tiffany said, “While we intend to remain open where possible, out of an abundance of caution the windows of select stores in key cities will be boarded in anticipation of potential election-related activity”.

It isn’t just New York that is preparing for the worst. From coast to coast property owners are shuttering their buildings due to safety concerns. Security has been increased around the White House and on the newly renamed Black Lives Matter Plaza in front of the President’s residence. It is expected that if Mr Biden wins by a large majority, tensions will ease. However, if the election is very close and goes in either direction, widespread protests may be sparked.

Mr Biden, speaking in Ohio said that it was time for Trump to “pack his bags”. The former Vice-President said, “we’re done with the tweets, the anger, the hate, the failure, the irresponsibility”.