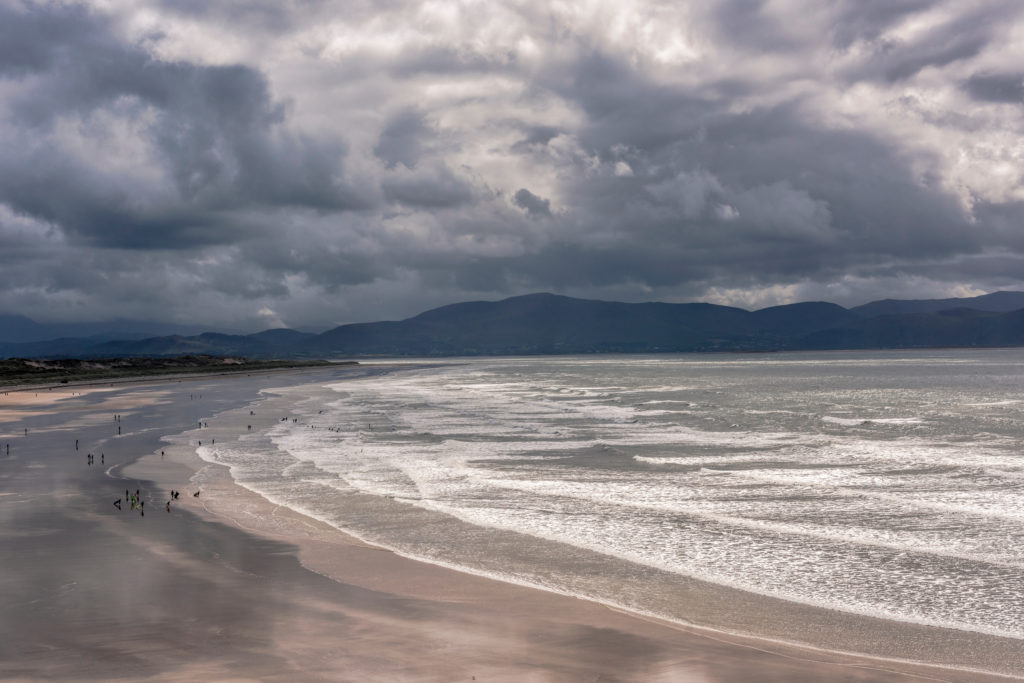 Ireland could be hit by a strong Atlantic storm later this week with winds of up to 150 km an hour.

A yellow rainfall warning for Donegal, Mayo and Sligo is currently in place with 25 to 40mm of rain expected to fall.

The weather body says there’s a risk of stormy conditions on Friday – as weather charts show gusts could force a red weather warning to be put in place.

Weather experts say charts are now showing gusts of up to 150kph, with higher predicted on mountains, as the system looks likely to be named Storm Callum.

And meteorologist Joanna Donnelly warned the public to keep an eye on Met Eireann forecasts as the week progresses.

She said on the RTE weather: “The next system is here out in the Atlantic, as you can see from the chart there, quite a ferocious looking beast coming our way there in low pressure with associated strong winds and heavy rain.

“Now keep an eye on the Met Eireann website for the updates on what’s going to happen with this weather feature coming our way on Friday.”