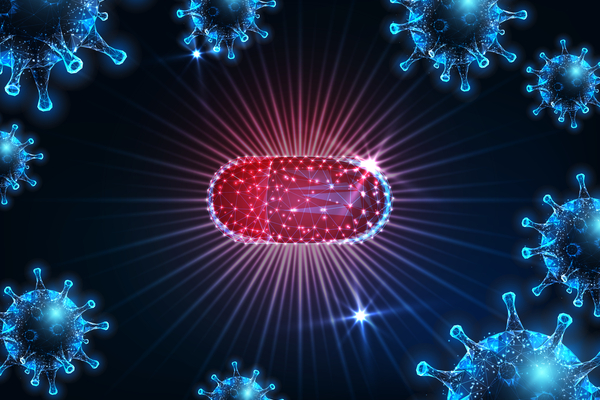 A new “game changing” anti-viral pill that can be taken at home to treat COVID-19 has been approved for use in the UK. Those who have tested positive, and those who have at least one risk factor for developing severe illness, such as obesity, being over 60, diabetes or heart disease can now try Molnupiravir.

The Medicines and Healthcare products Regulatory Agency (MHRA) have had promising trial results, leading them to believe it is safe and effective. The new anti-viral pill can help reduce the risk of hospital admissions and deaths for those with mild to moderate COVID, who are at extra risk from the virus.

The new anti-viral pill, developed by Ridgeback Biotherapeutics and Merck Sharp & Dohme (MSD), interferes with the virus’s replication. Keeping COVID levels low in the body and ultimately reducing the severity of the disease, the drug will prevent escalation of the virus and prevent cell division. The MHRA advises those who have had a positive test should take the pill within the first five days.

Positive test results have shown the anti-viral pill reduces the rate of hospital admissions and deaths by 50% in patients with mild to moderate symptoms. Following the results, the UK government announced last month that it had secured 480,000 courses of Molnupiravir. The tablet was given twice a day to recently diagnosed patients, and the trial results made it one of the most promising drug developments of the pandemic so far.

New Health Secretary, Sajid Javid said today marks a “historic day” for the country, as they are “the first country in the world” to approve the anti-viral pill. He feels the new drug will be a “gamechanger for the most vulnerable and the immunosuppressed, who will soon be able to receive the ground-breaking treatment. We are working at pace across the government and with the NHS to set out plans to deploy Molnupiravir to patients through a national study as soon as possible.”

Dr June Raine, MHRA chief executive, said they are “satisfied” with Molnupiravir being declared safe and effective for those at risk of developing severe COVID-19 disease, granting its approval.

“Lagevrio (Molnupiravir) is another therapeutic to add to our armoury against COVID-19. It is also the world’s first approved anti-viral pill for this disease that can be taken by mouth rather than administered intravenously. This is important, because it means it can be administered outside of a hospital setting, before COVID-19 has progressed to a severe stage.”

The announcement of the new anti-viral pill follows the news of an estimated 1.2 million people in the UK reporting experiences of long COVID in the four weeks to 2 October, according to data from the Office for National Statistics (ONS).