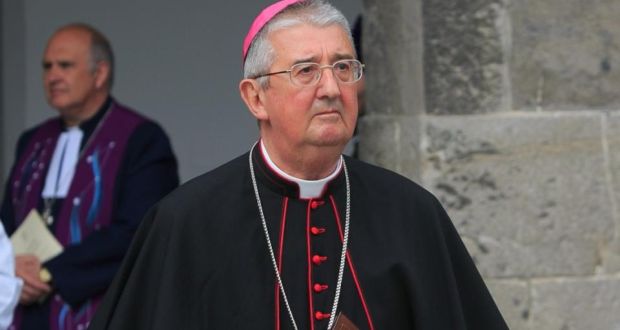 Archbishop of Dublin, Diarmuid Martin, has made a statement highlighting that the proportion of children abused by priests in Ireland is “immense” and prosecutions of clerical abuse is “very low”.

On the second day of the World Meeting of Families (WMOF), Archbishop Martin spoke out about the high level of children who faced atrocious abuse from priests in Ireland, and has called for an easier judicial system for victims giving evidence in court.

Pope Francis is scheduled to meet victims of clerical sex abuse during his visit in Ireland, following his issuing of an open letter condemning child abuse and cover-ups by the clergy. Maeve Lewis, chief executive of One In Four, an organisation set up to aid clerical abuse survivors, has expressed her disappointment and frustration at the pope’s letter, stating: “It is very easy to apologize; it is much harder to put in place the protocols and the canon laws that would hold every bishop, every cardinal accountable for protecting and shielding sex offenders within the church. There is not one concrete step that the pope mentions in that letter that would really address the problem of child sexual abuse in the Catholic Church.”

In response to a question forwarded by the media regarding whether or not he feels he is on trial following his apology to clerical abuse survivors in Ireland, the Archbishop of Dublin claimed: “No, first of all, I haven’t just said sorry. We have done a lot in the Archdiocese of Dublin. I provided the Government (child abuse) commission with 80,000 documents and the chairman said it was the most substantive of contributions to that process.

“I believe that the truth will make you free even if it’s unpleasant and it’s far better we work together. I said that the factors that contribute and protect abusers have to be addressed definitively everywhere. It’s sad we have to repeat that phrase all the time.

“In Ireland we have made extraordinary progress. We have mandatory reporting obligations and carry those out within a day as soon as we find a substantial allegation and we follow up on them.

“We have good relations with the police and health authorities. Particularly in Ireland because of the industrial schools, the day schools, the Magdalene laundries, the mother and baby homes, the children abused by priests in parishes, the numbers of those abused is immense and the numbers that have come forward is only proportionate of that and there are many people holding in their hearts the sadness of abuse. The number of prosecutions is also very low and because of the system in our courts, it’s not an easy thing for someone to appear and tell their story in court.”

Major issues surrounding the exclusion of the LGBTQ+ community have also been addressed by church leaders and representatives, with Cardinal Kevin Farrell stating: “It is, for us and the church, extremely important that all Catholics understand that we are all created in the likeness and image of God, that if a person has a same-sex attraction then they too are Children of God. They have to be welcomed into our churches. They have to be received by and treated with respect and dignity by all people. We need to build bridges and need to communicate.”