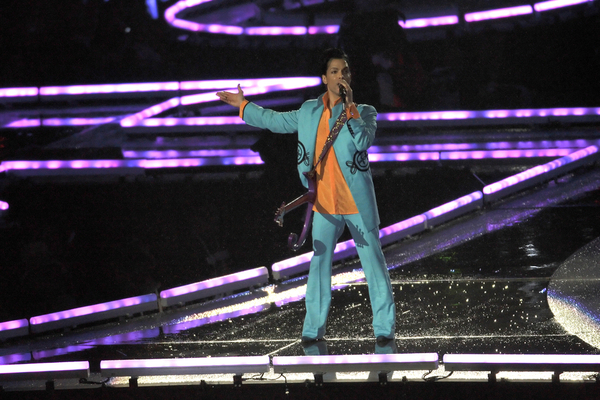 Previously unearthed footage showing Prince being interviewed as an 11 year old boy has been released.

This piece of footage featuring the late singer as a child was discovered by accident by a WCCO radio station researcher. They had been sifting through some archival footage.

This radio station had also been working on a piece about present-day teacher’s strike. It was at this point that this piece of footage came to light when the producer was looking for material. They came across the interview with an 11 year old Prince.

Despite the coworkers being convinced that that the boy being interviewed was in fact Prince, the station were not sure. The interviewer had not asked the boy for his name.

In order to ascertain for certain, the WCCO team needed to carry out a little research of their own.

“They called him Skipper”

Kristen Zschomler is a Minneapolis historian and archaelogist. She took on the task of verifying this piece of footage.

She also brought her knowledge of the young life of Prince into this investigation.

‘They called him Skipper”, she said. ‘I’ve written a big document sort of outlining his historic journey from Minneapolis’ northside to Paisley Park and the world”.

When the historian saw this footage, she was convinced it was the late singer.

“This definitely looks like Lincoln Junior High School where he would have been attending school in April of 1970”.

During this investigation, Zschomler also came across a photo of Prince from the sixth grade, the same year of the strike. The hairstyle of the boys from the video and photo were identical.

“There’s so much in his mannerisms and his eyes and everything that it looks like him”, she claimed.

“I think just seeing Prince as a young child in his neighborhood school, you know, it helps really ground him to that Minneapolis connection”, she continued.

“Even if they’re momentary glimpses into what Minneapolis meant to him, what he stood up for when he lived in Minneapolis, just helps understand that symbiotic connection he had to his hometown”.

Despite Zschomler being convinced it was Prince, it still needed confirmation from an eye-witness. Step forward Terrance Jackson.

Jackson was a childhood friend of Prince. Along with attending elementary school together, he was also in the Purple Rain singer’s first band, Grand Central.

Upon seeing this footage, tears began to roll down the face of Jackson, who confirmed it was indeed his childhood friend.

“That is Prince! Standing right there with the hat on, right? That’s Skipper! Oh my God!”, he added.

‘I am like blown away. I’m totally blown away,’ a clearly emotional Jackson added.

‘He was already playing guitar and keys by then, phenomenally,’ Jackson said. ‘Music became our sport. Because he was athletic, I was athletic, but we wanted to compete musically”.

‘That’s Prince, aka Skipper to the Northside”.

Jackson’s wife Rhoda also grew up with the pair. She also confirmed that the boy in the footage was Prince.

‘It’s just amazing to see him, that small, that young, and hear his voice”, she said.

The footage itself shows Prince being asked about the teacher’s strike from that year.

This comes after it was confirmed that Prince and the Revolution: Live was to get reissued.

Liam Gallagher Says Being A Solo Artist Is “Boring As F***”