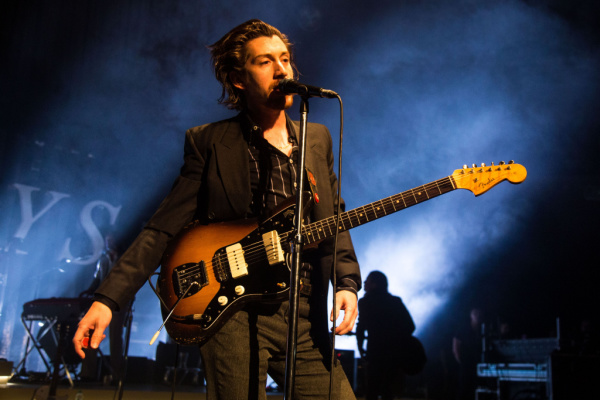 Alex Turner has recently spoken about how Muay Thai and running have played an integral part in keeping him in peak physical shape.

During a recent interview, the Arctic Monkeys frontman revealed how a chance encounter with a security guard prompted him to take up the sport to stay fit.

“I run a little and I practise Muay Thai”, Turner said. “I discovered this discipline several years ago, when I was in a nightclub in New York. I met a security guard from the North of England and he encouraged me to train with him”.

“I take great pleasure in it”, Turner continued. “It’s good for the body and the mind, during the sessions you don’t think of anything else. I will never be Mick Jagger, but we are still working on it”.

Despite his fondness for the sport, Alex Turner has insisted that you are still likelier to catch him on a concert stage, rather than a ring anytime in the future.

“I will never reach the level to one day fight in a cage like a UFC fighter”, he stated. “I have not excelled in any of the sports I’ve taken up”.

Meanwhile, Turner’s band the Arctic Monkeys are currently preparing to take to the stage at this weekend’s Reading & Leeds Festival.

Those attending this show could be lucky enough to hear Turner and co perform new material from their much anticipated seventh studio album.

It has also been widely reported that the band are veering away from their original sound, in favour of more experimentation.

“It kinda like picks up where the other one [‘Tranquility Base Hotel & Casino’] left off musically”, drummer Matt Helders previously said.

Arctic Monkeys returned to the stage for the first time since 2019 with a string of live performances earlier this month. See here.

U2 Release Their New Track “Your Song Saved My Life”