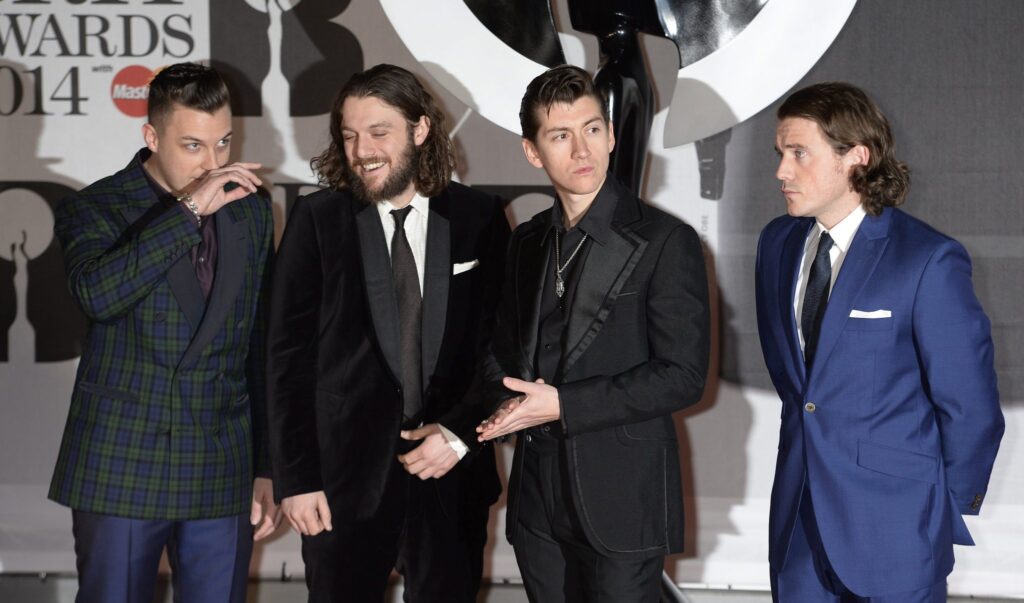 Arctic Monkeys’ fifth record is absolutely and unarguably the most incredible album of their career. It might also be the greatest record of the last decade. It’s not, however, the work of a band operating at their absolute peak – that’s yet to come. It’s the work of a band still growing, still fine-tuning, still learning and still experimenting; a band who will not look back on this record as a career high, but as the moment they stopped being defined by genre and instead became artists. Not a rock band, definitely not an indie band, but artists. Think Bowie, think The Beatles, think Stevie Wonder and think Bob Dylan. From this point on, Arctic Monkeys can do whatever they want, sound however they like, and always be Arctic Monkeys. But that’s all for another day, sometime in their stupidly bright future. For now, we should celebrate this record for what it is – 41 minutes and 57 seconds of near perfection.

Let’s begin with the details. Twelve tracks, recorded at Sage & Sound Recording in Los Angeles and Rancho De La Luna in Joshua Tree, California, featuring guest appearances from Queens Of The Stone Age’s Josh Homme, Elvis Costello’s drummer Pete Thomas and ex-Coral man Bill Ryder-Jones. It was produced by James Ford and co-produced by Ross Orton, with mixing from Tchad Blake, who worked on The Black Keys’ 2010 breakthrough album, ‘Brothers’. It’s a record about sex, lust, frustration and isolation, and about getting really, really high. As you will have already read in NME, it’s a total West Coast record that’s as much late-’90s hip-hop in sound as it is mid-’70s rock. And the lyrics… oh, maaaan. At times they sound like they were written by a man with a burning hard-on who wants – or rather needs – to savagely fuck your body, mind and soul.

That man, of course, is Alex Turner, one of only a handful of musicians dead or alive that it’s not completely ludicrous to describe as an actual genius. On ‘AM’ – as he has been for the past 18 months or so – he’s channelling the spirit of another one of that select bunch, John Lennon. And we’re not just talking about the Hamburg quiff here. Throughout the record, you can’t get away from Lennon’s presence, never more so than on ‘Arabella’, the cornerstone of the album, where Dre collides into Sabbath with the elegance of a horny drunk on a lost weekend. Alex’s wordplay echoes the surrealism of ‘I Am The Walrus’ or ‘Come Together’, announcing that “Arabella’s got some interstellagator skin boots/And a helter-skelter around her little finger and I ride it endlessly” before slamming into a vocal delivery lifted straight from the chorus of Lennon’s 1975 Old Grey Whistle Test recording of ‘Stand By Me’. In keeping with the influences of the record, there’s a whiff of Eminem in the way he rolls his elongated sentences across a few lines of melody, finding rhymes in the middle of lines where less gifted songwriters wouldn’t even think to look. Speaking about Lennon to NME last year, Alex explained how difficult he found trying to write in such a way: “It’s all a jumble, but it’s not just that. It paints you a picture and puts you in this place. He’s got a way of leading you somewhere with these unusual words that don’t make sense, but also make perfect fucking sense.” Right here, he’s nailed it. Unsurprisingly, they’re Alex’s favourite lyrics on the album. But they’re not the best.

For those, take your pick of the opening lines to ‘Do I Wanna Know?’, the slow-grinding juggernaut of handclaps, feet stomps and that Jamie Cook riff that kicks off the whole record (“Have you got colour in your cheeks/Do You ever get the fear that you can’t shift/The type that sticks around like something in your teeth?”), the sexed-up chorus of the R&B-influenced ‘One For The Road’ (“So we all go back to yours and you sit and talk to me on the floor/There’s no need to show me round, baby, I feel like I’ve been here before”), or the heart-stopping beauty of ‘I Wanna Be Yours’ (“I wanna be your vacuum cleaner/Breathing in your dust/I wanna be your Ford Cortina/I will never rust”). The latter’s lyrics are lifted straight from a John Cooper Clarke poem with slight tweaks and an added chorus. It’s the last track on the record and highlights the confidence that Alex is now writing with, where he can leave you with a feeling that he’s saying, “Yeah, I’m good, but check this guy out.” It only adds to the sense that the best is yet to come from this band.

In-between ‘Do I Wanna Know?’ and ‘I Wanna Be Yours’, the record bristles with that same confidence and depth. You already know ‘R U Mine?’, the song whose sound informed the entire writing and recording process and introduced the world to The Cosmic Opera Melodies Of The Space Choirboys (namely Matt Helders and Nick O’Malley doing their best falsettos), and ‘Why’d You Only Call Me When You’re High?’, where Helders’ drums have never sounded so hip-hop as they beat out the rhythm to Alex’s pissed-up booty call. As for the rest, ‘I Want It All’ is a pure glam-rock stomp, ‘No 1 Party Anthem’ could have been lifted straight from Alex Turner’s own Submarine soundtrack or Lennon’s ‘Double Fantasy’, ‘Mad Sounds’ pitches somewhere between a sleazy Lou Reed slowie and a Primal Scream ballad, ‘Fireside’ (featuring Bill Ryder-Jones) gallops along on a mariachi rhythm, dragging the desert influence back into the city, and ‘Snap Out Of It’ swirls with such orchestral intensity that it wouldn’t feel out of place on a second Last Shadow Puppets album.

If Arctic Monkeys had never walked into the desert with Josh Homme to record ‘Humbug’ in 2009, they could never have made ‘AM’. ‘Humbug’ was as much about subverting people’s impressions of who the band were as it was an album in its own right. It was a shedding of the skin, a descending of the bollocks, where riffs became heavy and boys became men. But most importantly it condemned the first incarnation of Arctic Monkeys – the bright-eyed teenage know-it-alls with hits tumbling out of their trackie bottoms pockets – to a shallow grave in the sand. ‘Humbug’ was the first evolution of the Monkeys, ‘AM’ is the second, which in a completely fucked-up way makes 2011’s masterpiece ‘Suck It And See’ the most insignificant record in the band’s history.

Homme’s presence is most prominently felt on ‘Knee Socks’, where he repays the favour for Alex’s involvement in the most recent Queens Of The Stone Age record by adding a haunting, agonised howl to a Destiny’s Child-style breakdown that flips Merry Clayton’s ‘Gimme Shelter’ vocal on its head. It’s a fitting, heavyweight contribution from the man who many originally thought had destroyed the Arctic Monkeys with his influence, but who history will remember as the man who helped turn them into gods.

So yes, look at the score, listen to the record, and bask in the glory of knowing that while this may be chapter five of the complete history, it’s the first act of the real golden age.