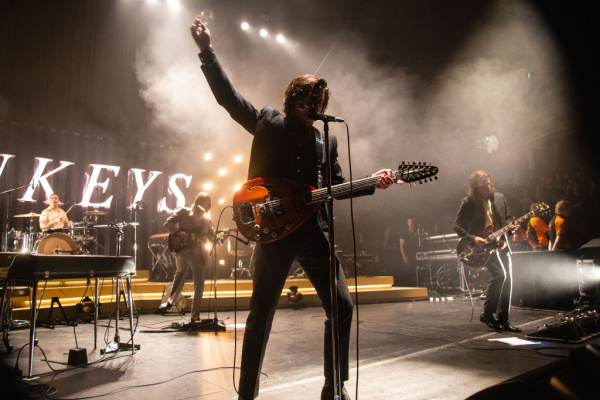 The Arctic Monkeys have confirmed that they will play at Dublin’s Marlay Park next June.

The band confirmed this news, having previously announced a major live tour for Ireland and the UK, which is set to take place next Summer. Tickets will be available from Friday September 30 from 9am.

Supporting their latest album ‘The Car’, the Arctic Monkeys will also be taking to the stage in several places across the UK.

Such places include Bristol, Manchester, Norwich, Southampton, Middlesborough, Swansea, along with a live show in Glasgow.

Arctic Monkeys will also be supported by the Mysterines and the Hives whilst on stage.

“Arctic Monkeys announce their 2023 UK & Ireland Tour with special guests @TheHives & @TheMysterines. Tickets go on sale 30 Sept at 9am. Fan pre-sale begins on 29 Sept at 9am. Pre-order ‘The Car’ from the bands webstore to get access”, the band tweeted.

Arctic Monkeys announce their 2023 UK & Ireland Tour with special guests @TheHives & @TheMysterines. Tickets go on sale 30 Sept at 9am. Fan pre-sale begins on 29 Sept at 9am. Pre-order ‘The Car’ from the bands webstore to get access. For more info visit https://t.co/6BDFhmmRyS pic.twitter.com/1PdSCBWmsa

Arctic Monkeys Take To The Stage

Back in August, the Arctic Monkeys took to the stage for the first time in three years, when they performed some of their classic tracks in Istanbul.

Such tracks include ‘Do I Wanna Know’, ‘Snap Out Of It’ and ‘Brainstorm’.  “It’s lovely to see you all”, Arctic Monkeys frontman Alex Turner told the audience. No new tracks were performed at this gig.

However, they did perform a new track at a Zurich gig later that same month,  ‘I Ain’t Quite Where I Think I Am’. See here.

August also saw the band perform across several cities, including Prague, Burgas and Pula. More on this from Nova here.