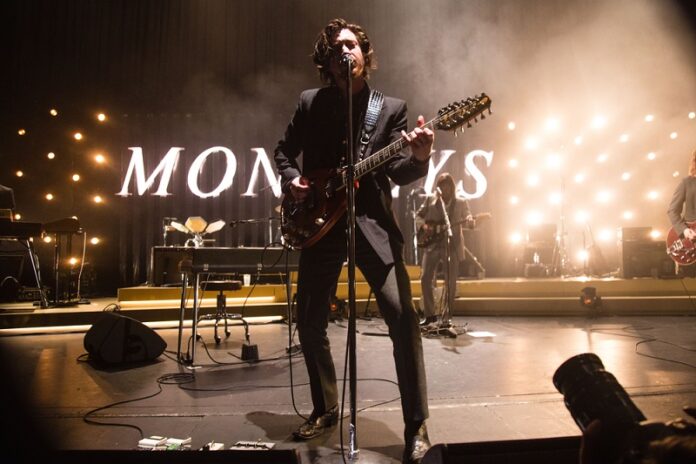 The Arctic Monkeys have been working on new music during lockdown according to the band’s manager, Ian McAndrew.

Speaking to Music Week, McAndrew was asked what the band were up to since the release of their latest live album. He replied “They’re working on music“.

“In this rather disjointed time, the guys are beavering away and I hope that next year they’ll start working on some new songs, new ideas, with a view on a future release.”

He continued “There were recording plans in the summertime that got canned as a result of the travel restrictions”.

McAndrew said the lockdown gave the Arctic Monkeys a great opportunity to knuckle down and do some work.

“If you’re literally locked down, you’re going to knuckle down to some work at home, and that’s what’s been going on” he explained.

He was pressed on whether or not he had heard any of the new music. “When the restrictions permit I do get along to have a listen to what’s going and to check out some new ideas, which is always very exciting.”

He did admit that no “proper work” had begun on the follow up to their 2018 effort Tranquility Base Hotel & Casino.

“I’m hoping that next year, when the restrictions lift, we’ll be able to get together and get on with it”.

In October, Arctic Monkeys’ drummer, Matt Helder was photographed in the recording studio, leading to many fans thinking the band were working on new music.

Last week, the band released their first live album since 2008 entitled, ‘Live at The Royal Albert Hall’. The album was released to raise money for the charity organisation, War Child. The album can be purchased here. You can check out the band performing Arabella from the show below.

The Results Are In! THIS Is The Best Stereophonics Tune…