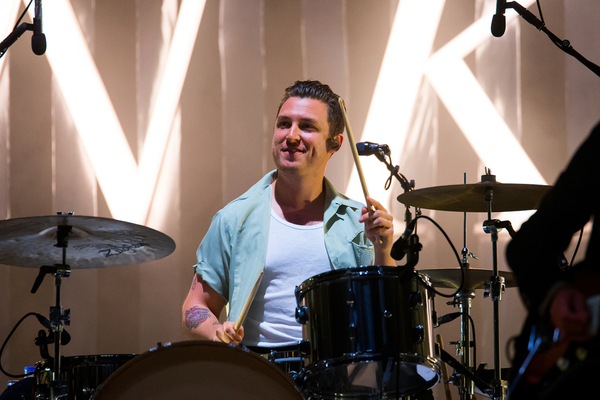 Great news as Arctic Monkeys drummer, Matt Helders has revealed the band’s new album is “pretty much” finished. New tracks from the British indie group should be available to hear in 2022, ahead of a likely summer tour.

Numerous reports and rumours have emerged over the last year, leaving fans eager for news on the anticipated follow-up to 2018’s Tranquility Base Hotel & Casino. Back in January, Arctic manager, Ian McAndrew loosened lips and told fans that the group had been “working on music”.

Originally planned to record last year, the record had to wait due to complications arising from the coronavirus pandemic. However, the band managed to finally begin recording new material in Suffolk during the month of August.

Speaking to Rick Edwards on 5 Live Breakfast, Arctic drummer, Matt Helders gave a drum lesson as part of the BBC’s Drumathon and spoke about the upcoming album. Asked if the band are ready to release the new album, Helders replied: “Yeah, pretty much, yeah. It was a bit disjointed how we had to do it, and there are bits to finish off, but yeah, it’s all in the works.

“I think by the time we get everything together it’ll be next year. Hopefully we can get out and tour next summer.” Helders went on to tease the potential sound of the upcoming Arctic Monkeys record and said, “We tend to always move it on a little bit. For us, because we’re so involved in it, it always makes sense. They always kind of pick up where the other one left off in a way. It makes sense when you think about it in the context of the last record. But we always do try and do something a bit different – it’s kind of hard to describe. You can tell it’s the same band.”

Quizzed if Arctic Monkeys are confident that they can bring fans with them while trying out a new sound, the drummer said, “No! And I think we got a bit of a wake-up call with that on the third album [‘Humbug’, 2009]. That was more of an intentional decision to do something different. That was one where we’d get weird back-handed compliments from the fans who stuck around for that one. They’d be like, ‘Oh, I actually like Humbug!’ Why? Did some people not?”

Beck To Release Albums On Vinyl