Based on the best-selling young adult book by Ireland’s own Eoin Colfer, Disney’s “Artemis Fowl,” is described as “a fantastical, spellbinding adventure that follows the journey of 12-year-old genius Artemis Fowl, a descendant of a long line of criminal masterminds, as he desperately tries to save his father who has been kidnapped”.

Branagh said, “Artemis Fowl is a true original. In challenging times, a twelve year old criminal mastermind is one heck of a travelling  companion. Smart, funny, and cool as mustard, he’ll take you to new worlds, meet unforgettable characters, and mix magic with mayhem. His own family is everything to him, and (although he’d never admit it), he’d be as proud as I am that families around the world will now be able to enjoy his first amazing screen adventures together, on Disney +.” 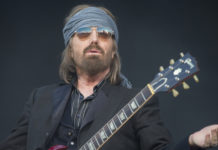