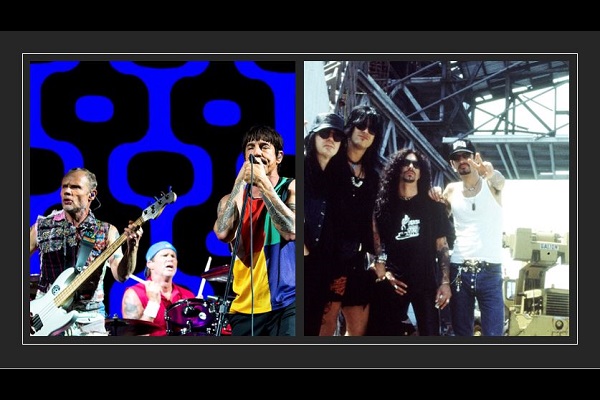 LA rockers, Red Hot Chili Peppers and Mötley Crüe have earned themselves a spot on the list of 10 highest-paid artists of 2021. Releasing his report via Rolling Stone.com, former Forbes editor, Zack O’Malley Greenburg conducted a list of the industry’s biggest earners.

Although the pandemic has been devastating to many artists, especially newcomers, thez bigger names had another ace up their sleeves. Both LA bands had recently sold the rights to their catalogues, softening the financial blow of being kept off the road. Chili Peppers and the Crüe now find themselves positioned nicely within the top 10, in positions 6th and 8th, respectively.

The Chilis raked in a reported $140 million (€123.5 million) from the sale of their music to Hipgnosis. While the Crüe are believed to have pocketed around $90 million (<€79.5 million, less than the $150 million initially reported) by flogging their songs to BMG.

However, the combined amount of both artists earnings is blown out of the water with one of the industry’s finest musicians. Bruce Springsteen is estimated to have earned $590 million (just above €52 million) in 2021, with $550 million of that coming total coming from the December sale of his catalogue to Sony.

Springsteen’s deal, which gives Sony control of artists 20 studio albums, 300 songs, seven EPs and 23 live records, made history. It had initially been estimated that Springsteen would earn $350 million from the sale, but he ultimately came out a lot better off.

The Boss continued to fill his pockets through the sales of his summer Broadway shows and his two projects with former US president. Bruce and Barack Obama had collaborated to produce the Renegades: Born in the USA podcast, and a book of the same name.

Coors Light Team Up With Foo Fighters For Cinematic Release

‘Is This It’ Producer Recalls His First Time Meeting Pete Doherty