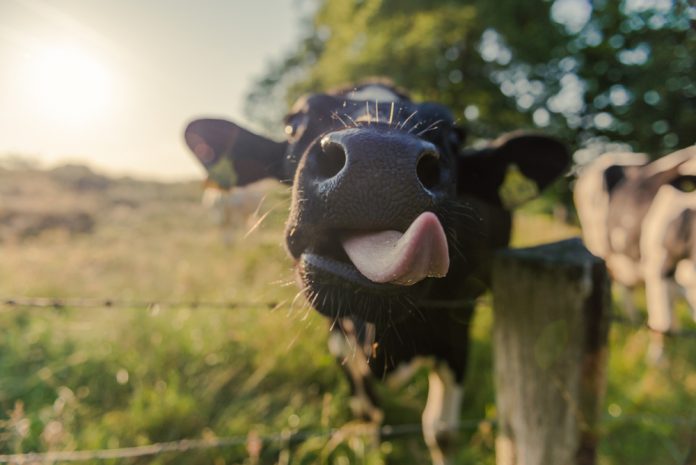 The Austrian government has issued a warning to internet users to reject an online cow-kissing challenge. Officials are dubbing the challenge a “dangerous nuisance”.

The Guardian reports that on Wednesday, a Swiss-based app called Castl initiated the ‘KuhKussChallenge’ aka ‘Cow Kiss Challenge’.

The application was asking users in Switzerland and other German-speaking nations to kiss cows to raise money for charity. The criteria of the challenge also stated that it could be done “with or without tongues”.

In a statement issued today, Thursday 16th, the agricultural minister had this warning:

“Pastures and meadows are not petting zoos – actions like these could have serious consequences.”

The statement also advises that cows could become aggressive as they are presently caring for their calves.

Seeking a balanced experience for tourists and cattle farmers is of great concern in Austria’s mountain regions. Both are vital for the region’s economy.

The government has already published a “code of conduct” for hikers in a bid to deal with the serious issue of aggravating cattle. The document advises them to avoid herds of cows wherever possible.

“Actions like this fly in the face of our efforts to promote co-existence on the pastures. I simply can’t understand it.”