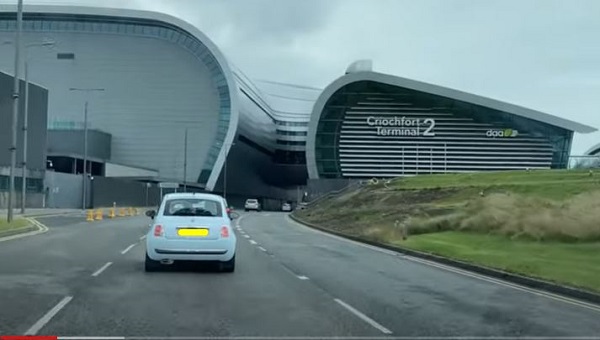 The BBC have been slammed by Dublin Airport for their geographical mistake on BBC Two’s Reel History of Britain. The broadcaster listed the National Airport of the Republic of Ireland in a top ten of BRITISH airports.

BBC host Melvyn Bragg was reporting on Bristol Airport when he made the massive error. He declared Bristol Airport as “one of Britain’s top 10 airports outside of London. Along with the likes of Dublin, Manchester, Birmingham and Edinburgh.”

This obviously infuriated the person behind Dublin Airport’s social media account as they took to Twitter to voice their disapproval. Dublin is in no fact a part of Britain and should not have been acknowledged in this category.

The profile’s normally playful humour was put on hold as it posted online to quash Bragg’s declaration. They were fuming after hearing the quote on the BBC programme.

They took to Twitter, releasing a scathing rant at the BBC and the presenter in question. The account told the company to “hang your head in shame” after their error.

“Say what now? Melvyn Bragg and BBC hang your head in shame. This from Reel History this evening,” they said.

The account uses a picture of Ireland and the UK to geographically explain to the BBC their annoyance before wondering how such a mistake could be made.

“As an airport we don’t know much about making tv shows. But we wondered that also. Presumably, someone wrote the script, there was a script editor, a producer/director, a cameraman/woman, maybe a sound technician and Melvyn of course. And yet nobody stopped and said eh, no.”

They added: “Hate to break it to you but Ireland has never been part of Britain. Britain is the next island over.”

Many other users joined in the conversation, responding with equal annoyance over the BBC’s error. One user responded:

“The direct quote is “one of the top 10 biggest airports in Britain, outside of London, along with Dublin, Manchester…” Words matter. Accuracy matters. If they’re adding Dublin to this list, they might as well add a French airport. But they wouldn’t and we all know why.”

Divorce Referendum Could Be Held Next Year

It’s A Year Since Trump’s Inauguration As 45th President Of The...