Advertisement
Home Music Beatles Debut Single Is Most Expensive Ever 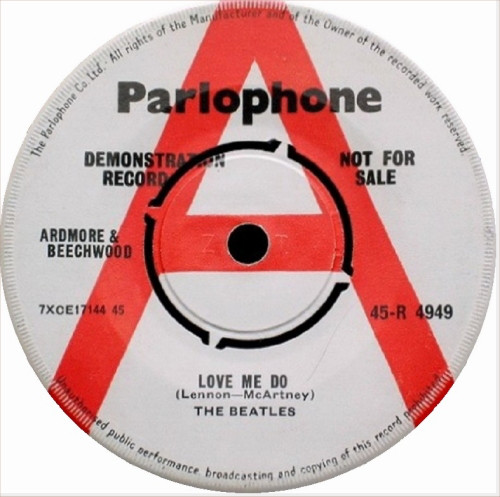 The Beatles‘ debut single ‘Love Me Do’ has sold for nearly $15K!

The 7-inch was sold through the collectors site Discogs.com and according to experts, it is the most expensive vinyl single ever sold.

Recorded as a demo for Parlophone the debut single was sold on October 9th for $14,757.

Sold through the collector site it is one of only 250 copies that have McCartney’s name misspelled on the record as the rare issue credits Lennon and ‘McArtney’ as the type-o.

The disc features ‘PS I Love You’ on the flip side, the single reached No.17 in the UK charts in 1964 and topped the U.S Billboards in the same year.

The first artist test recording of ‘Love Me Do’ took place on June 6th, 1962 at EMI Studios at Abbey Road in London. It featured The Beatles’ original drummer, Pete Best and this version was later included on the album Anthology 1.

The song’s official recording then took place on September 4th, 1962. In August, Best had been replaced by Ringo Starr and the group recorded the song in 15 takes at EMI Studios with that version appearing on the Past Masters collection.

The song was written several years before it was recorded, and prior to the existence of the Beatles. The song features John Lennon’s prominent harmonica playing and duet vocals by him and Paul ‘McArtney’.