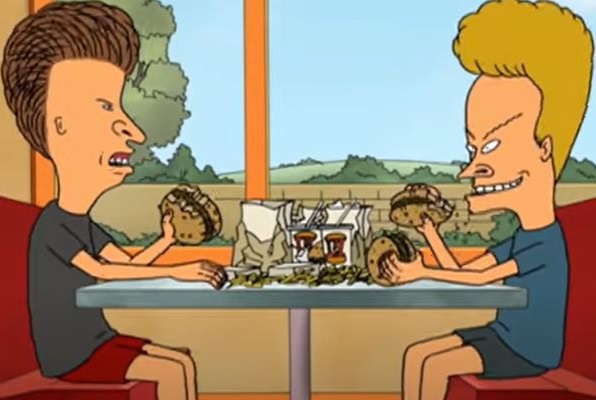 Mike Judge has shared the first look at a middle-aged Beavis and Butt-Head ahead of the new movie, airing this year. The 1993 American adult animated comedy creator has taken to Twitter to share how the socially awkward, rock/metal-loving teenage delinquents will look now.

It has been 10 years since the cult-favourite have been on our TVs, and almost 30 years since the show first premiered in 1992. Tweeting in the early hours of yesterday morning, Judge shared sketches of the pair while writing, “Beavis and Butt-Head will be returning this year with a brand new movie and more on Paramount+. No exact date yet, but soon. They need some time to get back in shape.”

Butt-Head has transformed into a King of the Hill-esque character with a receding hairline and considerable beer belly. While his partner in crime; Beavis has grown scrawnier in his old age and wears glasses. In the show’s new timeline, the animated headbangers are a couple of Generation X parents raring Generation Z kids. Writing and producing will once again be carried out by Mike Judge for the Beavis and Butt-Head reboot and will voice the two main characters.

Upon the first announcement of Beavis and Butt-Head’s return in 2020, Judge said, “It seemed like the time was right to get stupid again.”

President of MTV Entertainment Group, Chris McCarthy said, “Beavis and Butt-Head were a defining voice of a generation, and we can’t wait to watch as they navigate the treacherous waters of a world light-years from their own.”

Beavis and Butt-Head will be returning this year with a brand new movie and more on Paramount+. No exact date yet, but soon. They need some time to get back in shape. pic.twitter.com/tN5rePP9Kn

Beavis and Butt-Head star in this cult cartoon comedy as ’90s grunge and metal icons whose favourite pastime was critiquing music videos. The show ran a seven-season run ending in 1997, leading to their first and only full-length feature.

1996’ Beavis and Butt-Head Do America featured Red Hot Chili Peppers’ hit cover of Love Rollercoaster on the soundtrack. In 2011, the series was revived for an eighth and final season, before receiving cancellation for a second time following the season’s conclusion.