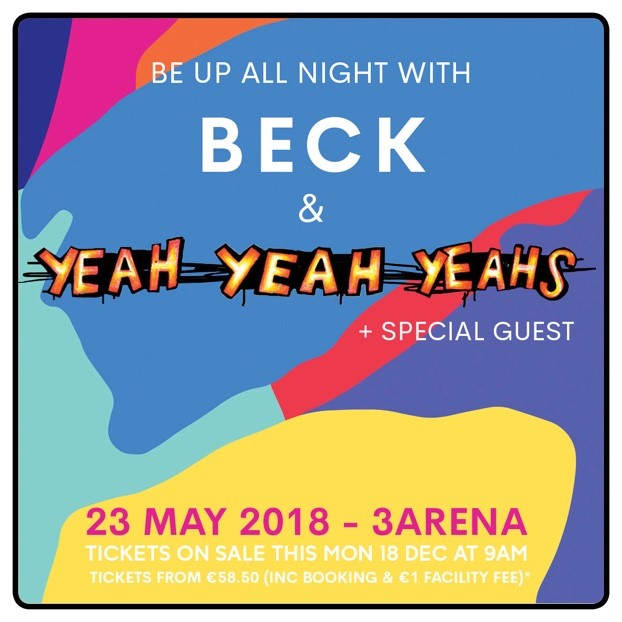 MCD are proud to announce that Grammy award winning musician, Beck along with Americcan indie-rock band Yeah Yeah Yeahs will be coming to Dublin on the 23rd of May next year. If that wasn’t enough musicians on the stage for us, there will also be special guests on the night.

Our very own Greg Gaughran will be giving away the first pair on Nova today!!

Tickets go on sale next Monday the 18th of December from 9am and start at €58.50 including booking fee.

We’ve been talking about Beck’s 13th album Colors ever since it was released in late October. It’s definitely the most appropriately named album in his discography, check out the video for Colors below!

This will be Yeah Yeah Yeah’s first time back on tour in four years following their album “Mosquito”, released earlier this year. We’re sure their live show will be full of dance floor fillers!

Tickets on sale Monday at 9am from Ticketmaster.ie and outlets Nationwide!

Metallica’s ‘All Within My Hands’ Foundation Donates $250,000 To Aid Wildfire...