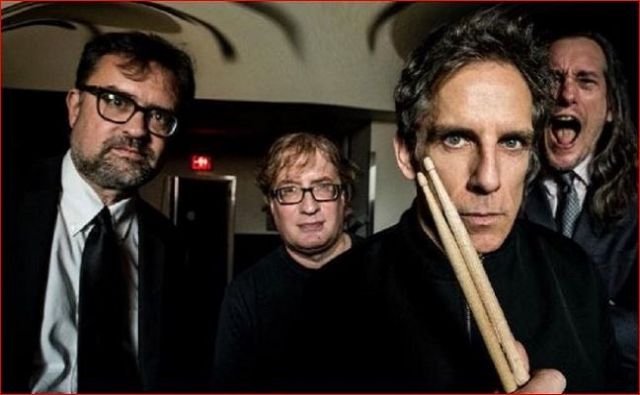 Way before he became a Hollywood King of Comedy, Mr Stiller was in an experimental punk band with three high school mates and they were called Capital Punishment.

After Captured Tracks unearthed the art-punk group’s sole record, Roadkill, they instantly began putting together a reissue. The label also sought to reunite Capital Punishment for the first time in over 35 years to lay down some bonus recordings for the release, and the group ended up with a whole new EP, This Is Capital Punishment. That’s due for release on Record Store Day, Black Friday, November 23rd.

The band have just shared the song that resulted in the recording a full EP. It’s a remake of the Roadkill standout number, “Confusion”. According to Consequence of Sound, the original idea was to just to put this one new song on the Roadkill reissue, but they all enjoyed it so much that This Is Capital Punishment came to life.

It’s more concise, aggressive and all around more accomplished than the 1982 original! Check out the updated “Confusion” below.

Kurt Cobain Talk About His Struggles With Record Label In New...