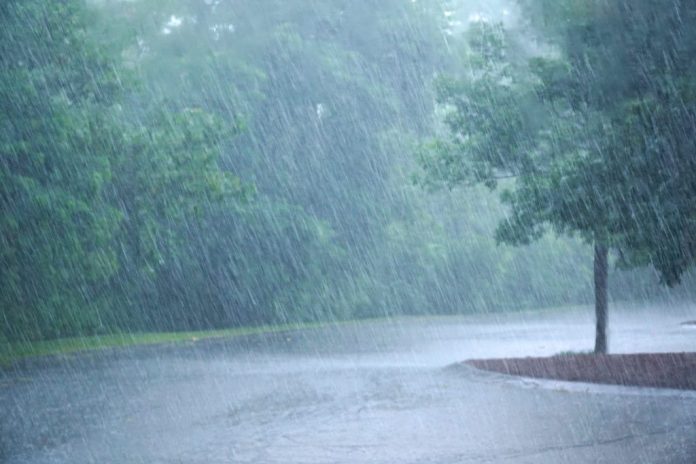 A big change in the weather is expected for later part of the evening.

It will be dry and cloudy in most of the capital but experts have warned that it will all come to an end once the sun goes away.

It’s going to be a day of two halves for Dublin as the weather overlords are predicting a dry, cloudy morning, followed by ‘persistent rain’ as the little bit of daylight we have starts to disappear.

It’s been a chilly week, but kind by December’s standards as temperatures are managing to break into the low teens with Tuesday set to peak at a slightly lower than usual 11 degrees.

Met Eireann have said it will be dry and cloudy in most of the capital but warned that it will all come to an end once the sun goes away.

‘Highest temperatures of 9 to 11 degrees Celsius. Southeast winds will freshen, backing westerly later in the day and easing.

‘Turning wet early tonight. Staying wet for much of the night, though the rain will gradually ease off. Some mist and fog in parts later. Lowest temperatures of 3 to 5 degrees Celsius, in near calm.’

Experts are also warning of a chilly wind coming up from the southeast as we hit Wednesday as tonight’s rain is set to linger throughout the morning.

“Some lingering rain will affect eastern fringes on Wednesday, where onshore southeast breezes will be fresh and gusty. Otherwise staying dry further inland, but with mostly cloudy skies. Feeling cool, with highs of 7 to 9 degrees.

Minister For Sport Turned Down 30 Public Schools In Favour Of...