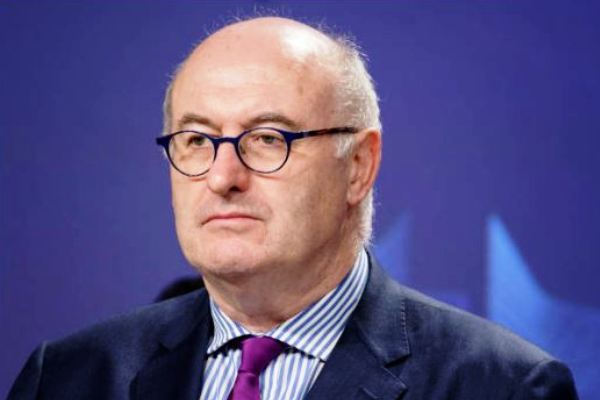 Phil Hogan is facing questions from MEPs about his nomination to the EU’s top trade job.

He’s due to take up the job at a crucial time for Brexit.

More than just a grilling is how the chair of the International Trade Committee has put it.

Having served as the EU’s agriculture commissioner since 2014, Phil Hogan’s now been put forward to take on the trade job.

The former Fine Gael TD will face 25 questions during the hearing, which is expected to last around 3 hours.

The EU-Mercosur trade deal and Brexit are expected to be high on the agenda – as Phil Hogan would be in charge of any negotiations on a future trade deal between the EU and UK.

Just before the hearing got underway, there was a pat on the back from Fine Gael MEP for Ireland South Sean Kelly to wish him well.

Chinese Police Station In Dublin Shuts Down After Government Forced Into...