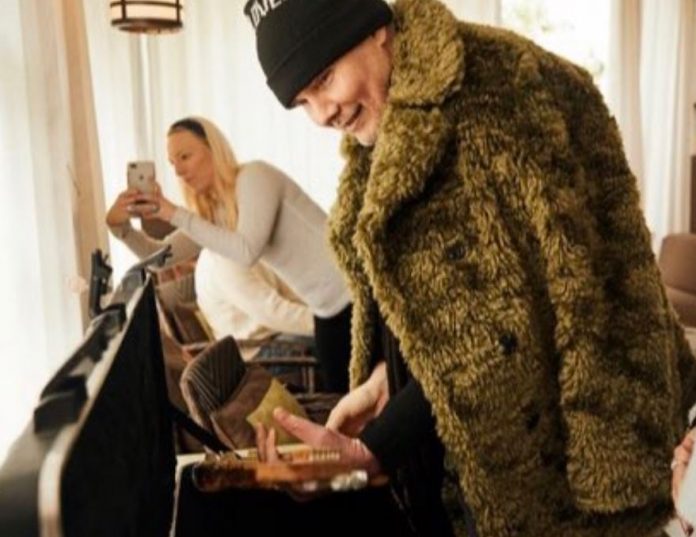 Billy Corgan lead singer with Smashing Pumpkins has had his Fender Stratocaster from the time of the group’s first album returned.

The sublime ‘Gish’ debut album was released some 27 years ago and that’s around the time his instrument was nicked. Corgan originally bought the guitar from his fellow band member Jimmy Chamberlin. It was stolen by a man just after their gig at Detroit’s Saint Andrew’s Hall back in 1992.

Corgan was finally reunited with the instrument yesterday after 27 long years of eternal hope. In an interview with  Rolling Stone, Corgan talked about how a fan had contacted him a few months ago with a picture of a guitar that looke exactly like his own.

Corgan explained, “Somebody sent me a picture a couple of weeks ago of another one of my guitars, and I wrote the guy back and said, ‘How did you get my guitar?’”

“And he wrote back, ‘Oh, it’s a recreation.’ He’d literally gotten the same stickers, worn them down in the same way and scraped the paint so it looked worn. You could have fooled me.”

After deciding to check out the instrument himself, Corgan was stunned to discover that it was his original axe. “It instantly changed the way the band sounded and the way I played,” Corgan said about his beloved instrument. “When it was stolen, it wasn’t like, ‘Oh, gee, my guitar just got stolen.’ It was the guitar that affected the way I played and I was heavily identified with the guitar.”