Home Music News Billy Joel Says He Has No Interest In A Biopic Being Made... 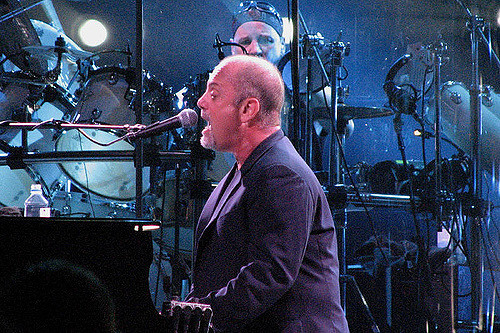 Nowadays it seems that biopics of ’70s rock stars are all the rage and movies are been made about many icons from that era.

However traditional this current trend may seem, Billy Joel is not expecting any biopic of his life to be made anytime soon.

According to Ultimate Classic Rock, Billy claims that his backstory has not enough excitement or heroics to make a good movie, he said in an interview with Rolling Stone, that he “doesn’t have enough objectivity” to take part in a biopic.

He added that he learned a lesson from a previous attempt to look back at his life. “I was gonna write an autobiography at one time — and I did,” he explained.

“There wasn’t enough sex, drugs and rock ‘n’ roll in it for the publisher, so I gave the advance money back. I said, ‘Fuck it, that’s me.’ I don’t know if I’m interesting enough to make a movie out of. I lived my life. I don’t want to be redundant.”

On May 9 Billy will celebrate his 70th birthday with a concert at New York’s Madison Square Garden as part of a once-a-month residency. Performing at each show he usually plays a few of his favourite album tracks along with a few old hits.

He exclaims though with the exception of “Captain Jack,” which according to Joel is not a favourite and he hardly ever plays it these days “He didn’t age well,” he said. “Captain Jack’s been demoted to Private Jack.

In the verses, there are only two chords, and it goes on and on, and it’s kind of a dreary song if you think of the lyrics “Unlike some of his peers, Joel said he’s not looking to do anything to try make himself look youthful noting that it’s “ridiculous.

I’ve always been a schlubby-looking guy, and I ain’t about to change. Plastic surgery, wigs, I don’t know. It has nothing to do with music. It’s all about an image and look. I am 70 years old. I’ve never hidden my age, so why should I start now?”