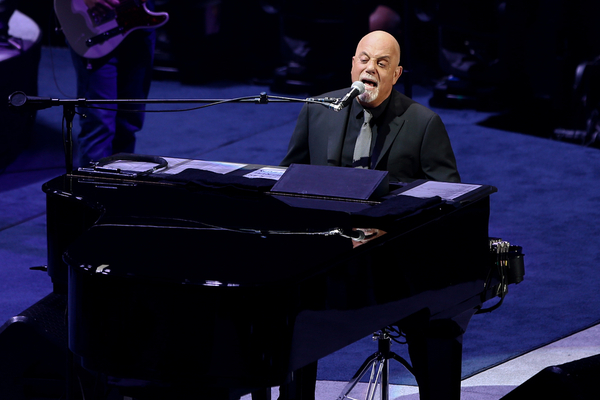 Billy Joel has paid a special tribute to Gary Brooker by covering Procol Harum’s “A Whiter Shade Of Pale”. You can check it out below.

Billy Joel shared this cover of the track during his live performance at Las Vegas’ Allegiant Stadium over the weekend (February 26). Brooker passed away last week.

“A Whiter Shade Of Pale” was Procol Harum’s self-titled album. It is one of the most commercially successful albums in history, selling over 10 million copies worldwide.

Joel even released a live cover during a Town Hall Q&A and concert with Howard Stern in 2014.

Joel had already paid tribue to Brooker by singing “Only The Good Die Young”.

This latest cover released by Joel comes just months after the singer had released an early recording of her song “New York State Of Mind”.

This was recorded live in 1975 at San Francisco. It also predated the release of a 1976 album called Turnstiles. More on this here.

Taking to social media, the Piano Man singer paid a special tribute to Gary Brooker upon hearing the news of his passing.

“Sorry to hear about the passing of Gary Brooker”, he wrote. “Rest in Peace”.

Sorry to hear about the passing of Gary Brooker.
Rest in Peace.
– Billy Joel

They called Brooker “a brightly shining, irreplaceable light in the music industry”. The band also said that Brooker“exhibited and developed a highly individual talent”.

Procol Harum also added, “Gary’s voice and piano were the single defining constant of Procol’s 50-year international concert career. Without any stage antics or other gimmicks he was invariably the most watchable musician in the show”.