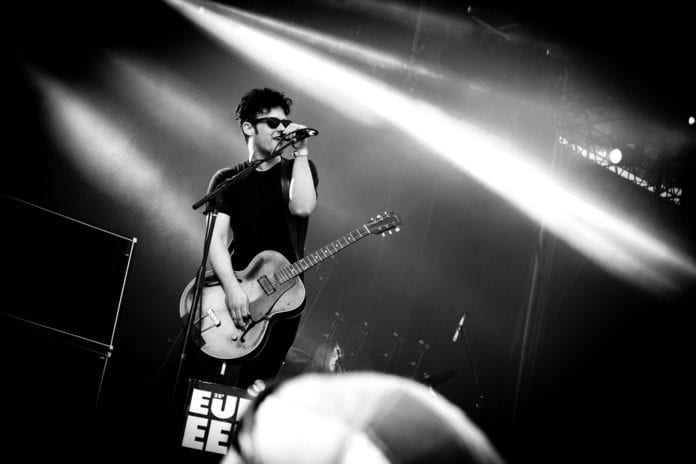 Black Rebel Motorcycle Club have taken to their website to announce their upcoming tour dates.

BRMC will stop off at Dublin’s The Academy on October 23rd and Belfast’s Limelight 1 on October 24th. The two Irish show will be part of the band’s massive European tour. Tickets for the shows will go on sale this Friday at 10 am, priced €35 and £20 respectively.

The American rockers are currently working on a new as-yet-untitled studio album, which is expected to be released later this year.

They have shared snaps on their social media pages of them hard at the studio.

A good few of their songs have also been featured in movies, TV series, TV commercials, and video games! Their track, “Done All Wrong” is exclusive to The Twilight Saga: New Moon soundtrack.

Bassist Been and guitarist Hayes met at high school in the San Francisco Bay Area city of Lafayette and quickly formed a band. Now consisting of Peter Hayes (vocal, guitar, harmonica), Robert Levon Been (vocal, bass, guitar), and Leah Shapiro (drums) – former drummer Nick Jago left the band in 2008 to focus on his solo project – the band were originally called The Elements! After discovering that another band had the same name, they changed the name to Black Rebel Motorcycle Club, after Marlon Brando’s motorcycle gang in the 1953 film The Wild One.

The trio cite Lou Reed; The Verve, The Velvet Underground, and The Jesus and Mary Chain among their influences.

All the shows on their European tour will have a very limited number of VIP packages via Artist Arena that will include a Meet & Greet with all members of the band, sound check attendance, early venue entry, an exclusive merchandise item and a collectible laminate.

VIP/ticket pre-sale will begin on Tuesday 9th May at 10am local times, with general on-sales to follow this Friday at 9am from usual outlets. Tickets for the Dublin gig are €35 including booking fee.