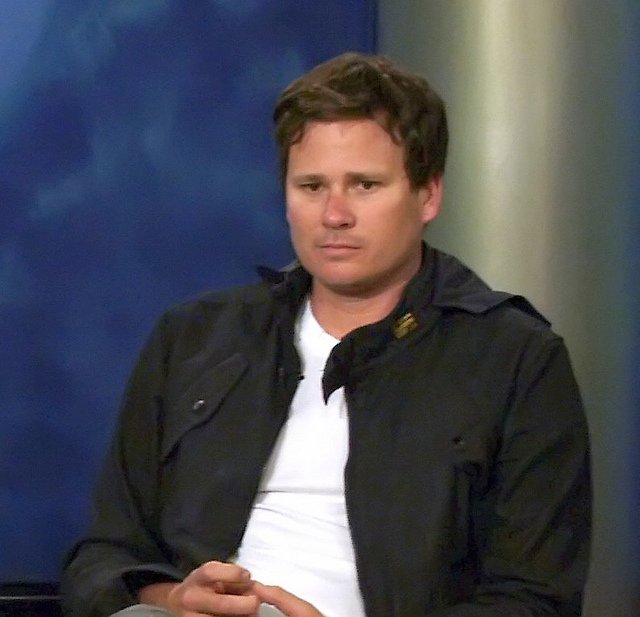 Tom definitely thinks ‘the truth is out there’, claiming he’s encountered beings from another planet first-hand.

Not only does DeLonge know the truth about UFOs, he knows that the American government taped his phone. “I have sources from the government. I’ve had my phone taped. I’ve done a lot of weird stuff in this industry — people wouldn’t believe me if I told them.”

In an interview with PaperMag, Tom said: “People will be like ‘Oh, you believe in UFOs’ [laughs], but I’m reading books on physics, I’m reading books on the secret space program, I’m talking to people that work underground for six months at a time, that are confiding in me about the national security initiatives. I’ve literally read 200 books on the subject, and I don’t spend my time looking at UFO reports or talking to little green men. I’m way past that.

“If anybody tells you there’s no life in universe, you should be turned off. That’s just such a dumb thing to say. It’s totally, universally accepted amongst the country’s elite scientific establishments that there’s life everywhere.”

“One time I remember bringing up a very specific craft that I believe we’re building, in secret, to emulate the phenomenon that our government has been observing for decades. So I started talking about the craft, and its magnetic slide system and how it displaces over 89% of the mass of the ship, how it ionizes the engine, how it glows — I went through the whole thing, and this engineer looks at me, this guy is 70 years old, and he goes, ‘You better be real fucking careful about what you’re talking about.'”

“And I go, ‘Okay, so I’m close.’ And he goes, ‘I’m not fucking kidding with you. You better be really fucking careful.’ And he calls me up the next day and he goes, ‘I’ve had calls about you. If someone comes and asks you to get in their car, don’t fucking get in the car.’ [laughs] And that’s the shit I’m dealing with.”

DeLonge also chatted about an incident that happened to him while camping: “I woke up right around three a.m. My whole body felt like it had static electricity, and I open my eyes and the fire is still going, and there’s a conversation going on outside the tent. It sounded like there were about 20 people there, talking. And instantly my mind goes, OK, they’re at our campsite, they’re not here to hurt us, they’re talking about shit, but I can’t make out what they’re saying. But they’re working on something. Then I close my eyes and wake up, and the fire is out and I have about three hours of lost time.”

Last month, Blink 182′s other members, Mark Hoppus and Travis Barker labelled Delonge as ‘disrespectful and ungrateful’ and stated that he had left the group ‘indefinitely’.