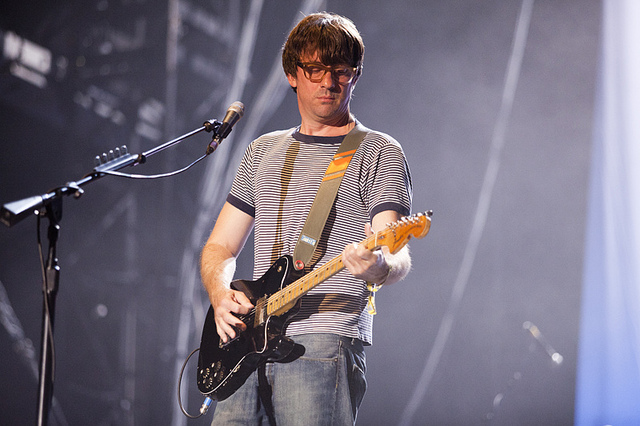 Graham Coxon from Blur has jokingly said that the band would support Oasis for £250,000 (€350,000). Coxon made the comment in response to Noel Gallagher’s statement, that Oasis would reform for half a billion.

Coxon was also speaking in response to a statement from fellow band mate Alex James, who said he would love to have Oasis support them on tour. “That’s just Alex being provocative. For a quarter of a billion, we’ll support them,” Coxon said in a new interview with The Mail on Sunday .

However, Coxon also reiterated James’ comments about playing with Oasis in the future”Liam likes our new record and Damon and Noel have become best friends. So I really hope Oasis get back together again. I’d love them to support us.”

Coxon also talked about family life and how it has made him get back in touch with pop music “I’ve rediscovered my love of pop music through the kids. When all five of them are singing ‘Uptown Funk’ or Rizzle Kicks’ ‘Mama Do The Hump’ in the car it’s very special. Better than headlining Glastonbury.”

Blur who released their latest album The Magic Whip back in April, will be headlining this years Electric Picnic in Stradbally Co.Laois which takes place from the 4th-6th of September.

Black Sabbath’s Geezer Butler To Work On His Autobiography