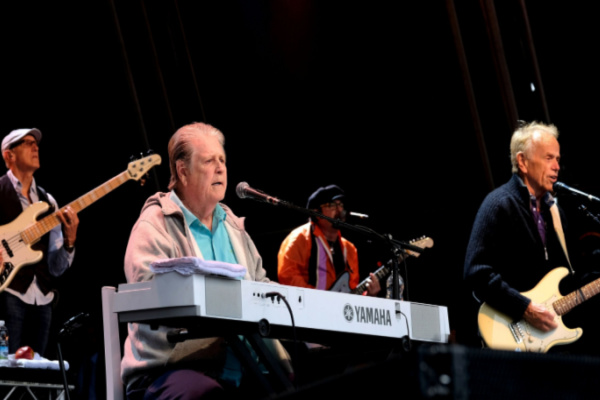 Yesterday marked the 80th birthday of Beach Boys singer Brian Wilson, an event which was celebrated in a very special way from close friends and musical colleagues alike.

Musicians far and wide sent in video messages to Wilson to celebrate his eighth decade. Such artists include Elton John, Bob Dylan, Chuck D, Carole King and others.

This also comes after the singer’s biopic Brian Wilson: Long Promised Road was released last year. More on that here.

“Hi Brian, I’m the guy who sings on your left Al Jardine”, he joked. “Just remember, we’ll always be younger than your cousin Mike”.

It was not just musicians who were wishing the rocker well, John Cusack who portrayed Wilson in the 2014 biopic Love And Mercy also sent his best wishes, along with Jeff Bridges who sent this message.

“Thank you for all the gifts you’ve given us over all these years”, he said. “It’s so wonderful being alive with you man”.

A video was produced which included all of these lovely messages. It also included some musical touches.

These touches saw Smokey Robinson sing “Happy Birthday to you” to Wilson, while Fleet Foxes also produced a little rendition of “God Only Knows”.

Bob Dylan also delivered an acoustic cover of ‘Happy Birthday To You’, for Wilson’s benefit at the end of the video.

Joe Walsh also produced a bunch of juicy guitar riffs for his own birthday tune, dedicated to Brian Wilson.