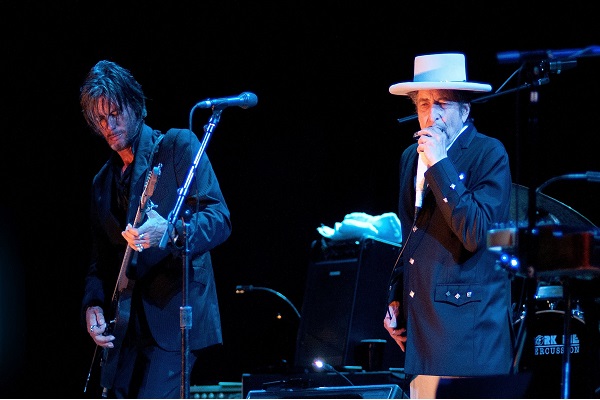 A re-recording of Bob Dylan’s track ‘Blowin In The Wind’ is expected to sell for over £600,000 at an auction organised by Christie’s.

Available on a one-of-one Iconic Original format disc, this recording will be sold at the auction in London on July 7.

This is also the first time that Dylan has recorded this track in 60 years. He wrote the song in 1962, and also released it as part of his ‘The Freewheelin Bob Dylan’ album.

This Ionic Original format is a “lacquer painted onto an aluminum disc, with a spiral etched into it by music. This painting, however, has the additional quality of containing that music, which can be heard by putting a stylus into the spiral and spinning it”.

Burnett has also described this format as “the pinnacle of recorded sound. It is archival quality. It is future-proof. It is one of one”.

It has also emerged that ‘Blowin In The Wind’ is one of a myriad of tracks set to be recorded by Bob Dylan in this format.

Back in April, Bob Dylan also won his Royalty dispute with the widow of his former collaborator Jacques Levy. This happed after her appeal was rejected by a court.

The Levy Estate had claimed that they were not compensated properly for his songwriting credits regarding Dylan’s 1976 album ‘Desire’.

They had proceeded to claim that they were owed “35% of any and all income earned by the compositions”.

However, after it was ruled that Levy was not entitled to “proceeds from the sale of the copyrights of the compositions cowritten with Dylan”. Orin Snyder who represented Bob Dylan also released this statement.

“Today’s decision puts the nail in the coffin of this opportunistic lawsuit. We are pleased the court has again rejected this sad attempt to profit off of Bob’s recent catalog sale”. More on this here.