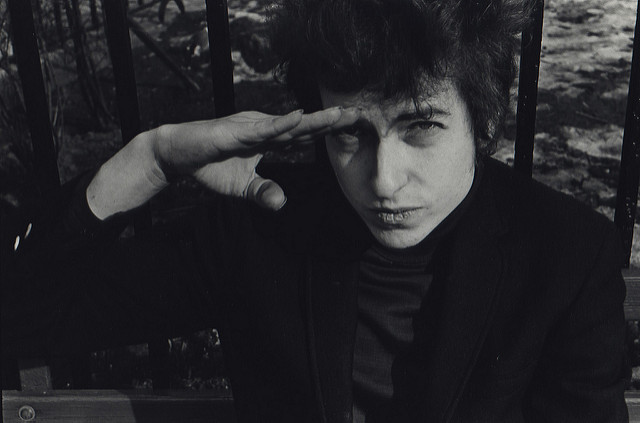 Bob Dylan did not attend a special ceremony for American Nobel Prize winners at the White House yesterday.

The American songwriter was announced as the recipient of this year’s Nobel Prize for Literature back in October for “creating new poetic expressions within the great American song tradition”. When the news was announced, many people took to Twitter to congratulate the musician including US President Barack Obama.

Congratulations to one of my favorite poets, Bob Dylan, on a well-deserved Nobel. https://t.co/c9cnANWPCS

The news of Dylan’s non-attendance at the White House comes after it was announced that the musician would not be collecting his Nobel Prize at the official ceremony in Sweden on 10 December. The Swedish Academy said in their statement “the Swedish Academy received a personal letter from Bob Dylan, in which he explained that due to pre-existing commitments, he is unable to travel to Stockholm in December and therefore will not attend the Nobel Prize Ceremony.”

The statement continued, “That laureates decide not to come is unusual, to be sure, but not exceptional. In the recent past, several laureates have, for various reasons, been unable to come to Stockholm to receive the prize, among them Doris Lessing, Harold Pinter, and Elfriede Jelinek. The prize still belongs to them, just as it belongs to Bob Dylan.”

Although Dylan will not collect his award at the ceremony this month, he is still expected to fulfil the requirement of giving a Nobel Lecture at some point during the next six months. The Academy said “We look forward to Bob Dylan’s Nobel Lecture, which he must give – it is the only requirement – within six months counting from December 10, 2016.”

David Bowie Was Worried He’d Be Shot By A Sniper At...