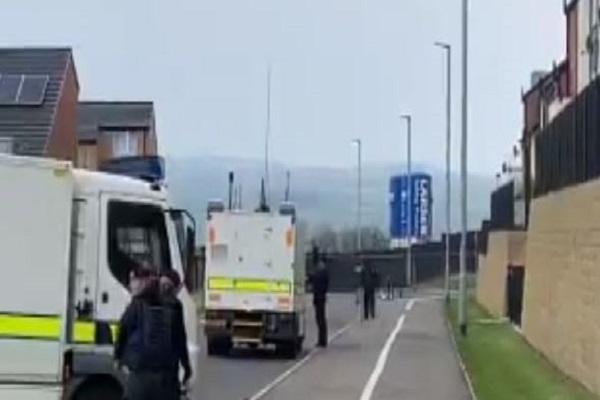 A north Dublin estate is getting back to normal this morning after a security alert yesterday evening.

The bomb-squad was called after a suspect device was discovered by a member of the public at Carnog Close near Poppintree in Ballymun shortly before 7pm.

Gardaí were called to the scene and the area was sealed off.

The device was safely removed by the Army’s Explosive Ordnance Disposal Unit, and is being further examined.

A lone bomb disposal expert makes the walk towards the suspect device in Clon Elagh #Derry just now. Up to 40 homes have been evacuated in the area after a suspect device was found outside a house. A controlled explosion has been carried out pic.twitter.com/4AFG1MIYKR